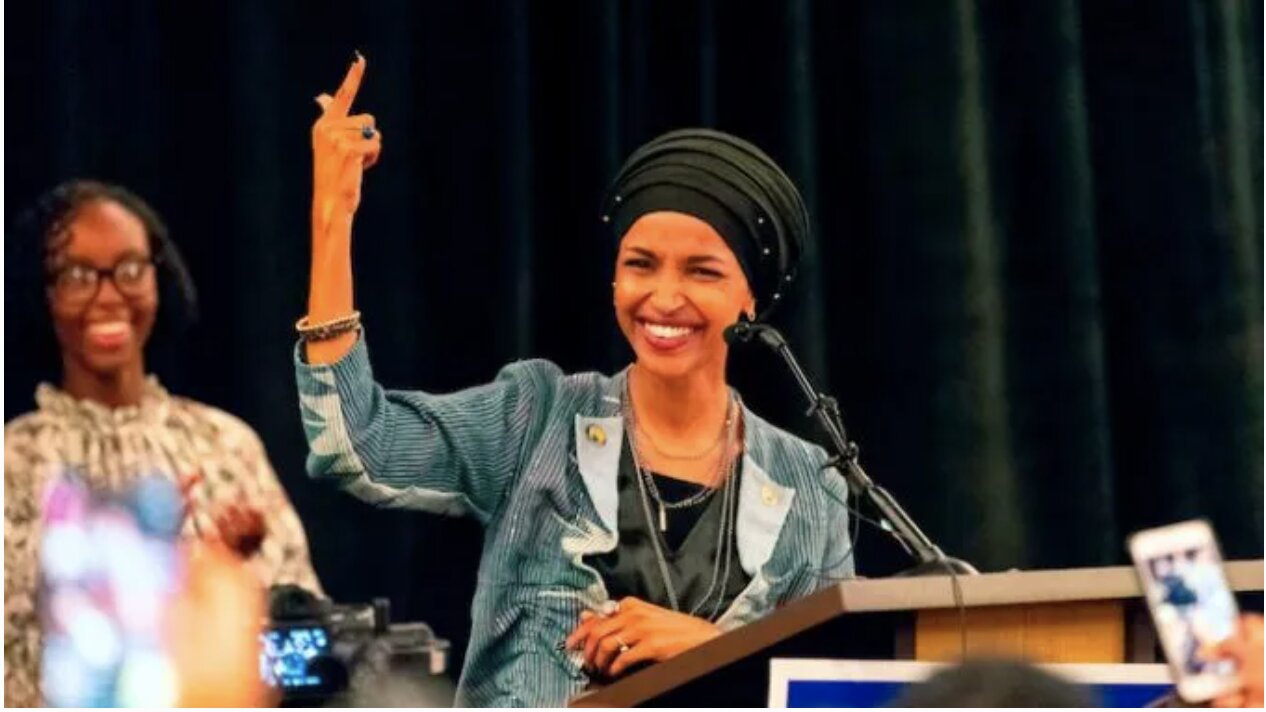 GreekNewsOnDemand.com: Ilhan Omar needs to be EXPOSED not only for her sick views on the police, but also with regards to her ties to the murderous…ERDOGAN REGIME OF TURKEY!!! Turkey is notoriously know for its…SPY RINGS in and outside of the US!!! Read also the below article for more on this…

Radical Rep. Ilhan Omar on Friday called for the Minneapolis Police Department to be completely disbanded in the wake of the killing of George Floyd.

The far-left Congresswoman has called for the city to “reimagine” public safety after local thugs and rioters looted local businesses.

“The Minneapolis Police Department has proven themselves beyond reform,” Omar tweeted. “It’s time to disband them and reimagine public safety in Minneapolis.”

Breitbart.com reports: The Minnesota Democrat then thanked Minneapolis City Council member Steve Fletcher for voicing his support the measure in a TIME op-ed.

On Friday, the Minneapolis City Council will vote on whether to make radical changes to the MPD, though details of such changes remain unknown, said Councilman Jeremiah Ellison — the son of state Attorney General Keith Ellison.

“We are going to dismantle the Minneapolis Police Department,” Ellison tweeted. “And when we’re done, we’re not simply gonna glue it back together. We are going to dramatically rethink how we approach public safety and emergency response. It’s really past due.”

Last Thursday, demonstrators set fire to a police precinct building in the Minneapolis neighborhood where Floyd died Monday after he was restrained by former Minneapolis police officer Derek Chauvin, who pressed his knee into Floyd’s neck.

Floyd had been arrested on suspicion of using a counterfeit bill at a grocery store.

The 3rd precinct building had been evacuated by order of Minneapolis Mayor Jacob Frey, who said he was unwilling to endanger lives to protect the building.

“I understand the importance of a precinct,” he said. “[But] the symbolism of a building cannot outweigh the importance of life, of our officers, or the public. We could not risk serious injury to anyone and we will continue to patrol the third precinct entirely.”

By 4:30 a.m. last Friday, protesters and looters were still out on the streets in the neighborhood as several nearby commercial buildings burned unchecked.