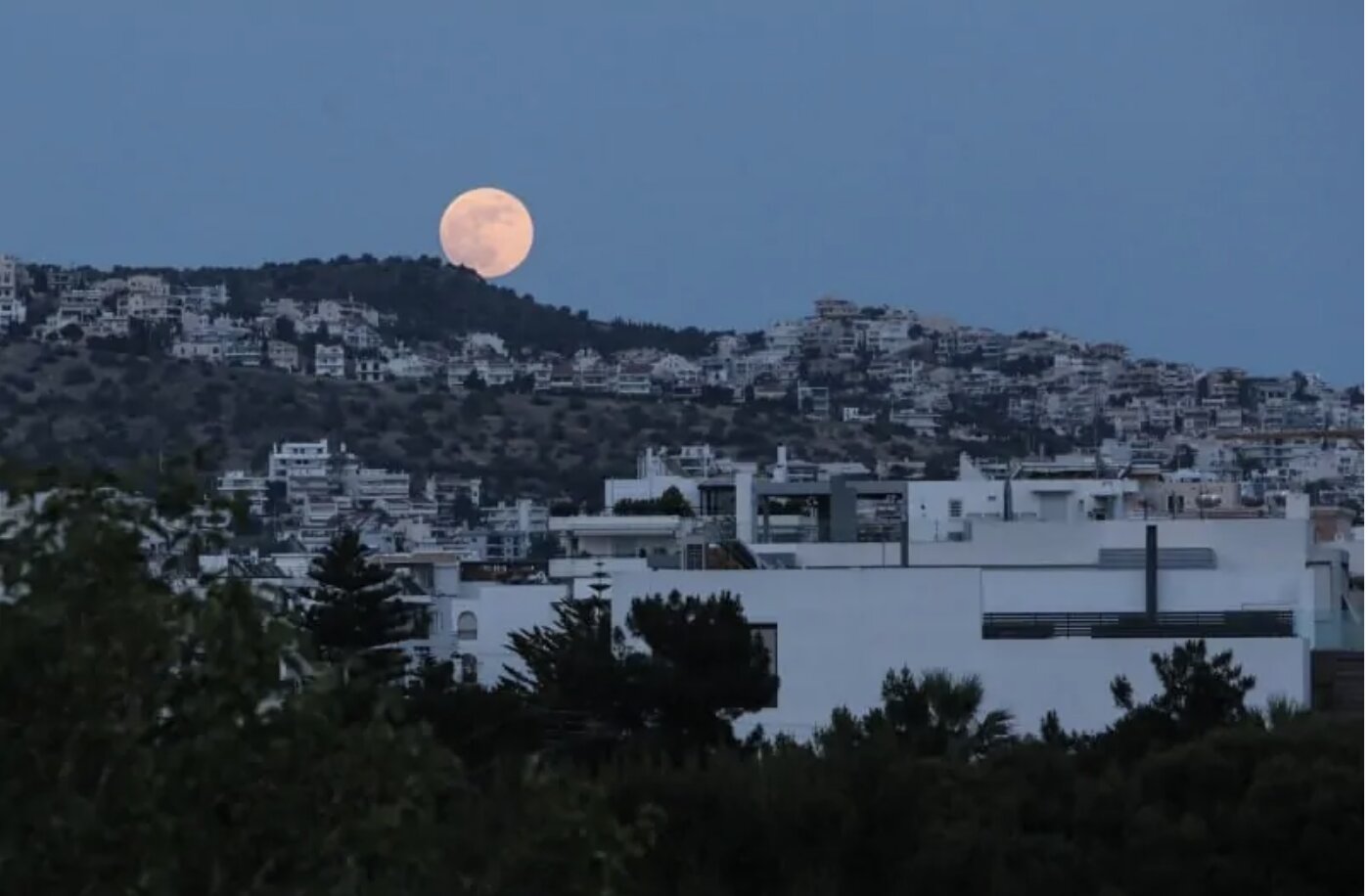 The “Strawberry Full Moon” appeared in the sky on Friday night, with crowds of people venturing out to see the phenomenon.

It was also the last full moon of spring, before the summer solstice on June 20- for the northern hemisphere of course.

The unusual name of the June full moon, known commonly as the Strawberry Full Moon, is relatively new. It is in reference for the short fruit harvesting season in northeastern North America (United States of America and Canada).

For romantics, it traditionally has a special meaning.

However, apart from the romantic element, in this particular full moon a peculiarity was identified: the Moon darkened slightly but not completely like a normal eclipse.

Time and Date explained that according to some sources, a European name for this early summer month was Rose Moon, and another was Hot Moon, for the beginning of the summer heat. Other sources quote Mead Moon as the Anglo-Saxon name because this was the time for mowing the meads, or meadows.

The eclipse seen on Friday night was the second one this year, with the previous lunar eclipse occurring on January 10.

More than 2,000 years ago the Ancient Greeks were able to predict the first lunar eclipse by using a primitive form of a computer.

Hippocrates (460-370 BC), ancient Greek physician known as the “Father of Medicine said “One who is seized with terror, fright and madness during the night, is being visited by the Goddess of the Moon.”

The ancient Greeks believed that during an eclipse the moon was at its most powerful, with witches being able to be drawn to the power of the Greek Moon Goddess, Selene.

To prevent the witches from exploiting the powers of the goddess and harming her, loud noises by the people was needed to distract the witches and allow Selene to escape them.

The word eclipse has a Greek etymology meaning to “the downfall” or “the darkening of a heavenly body”. This comes from the Greek word ekleipsis (ἔκλειψις).