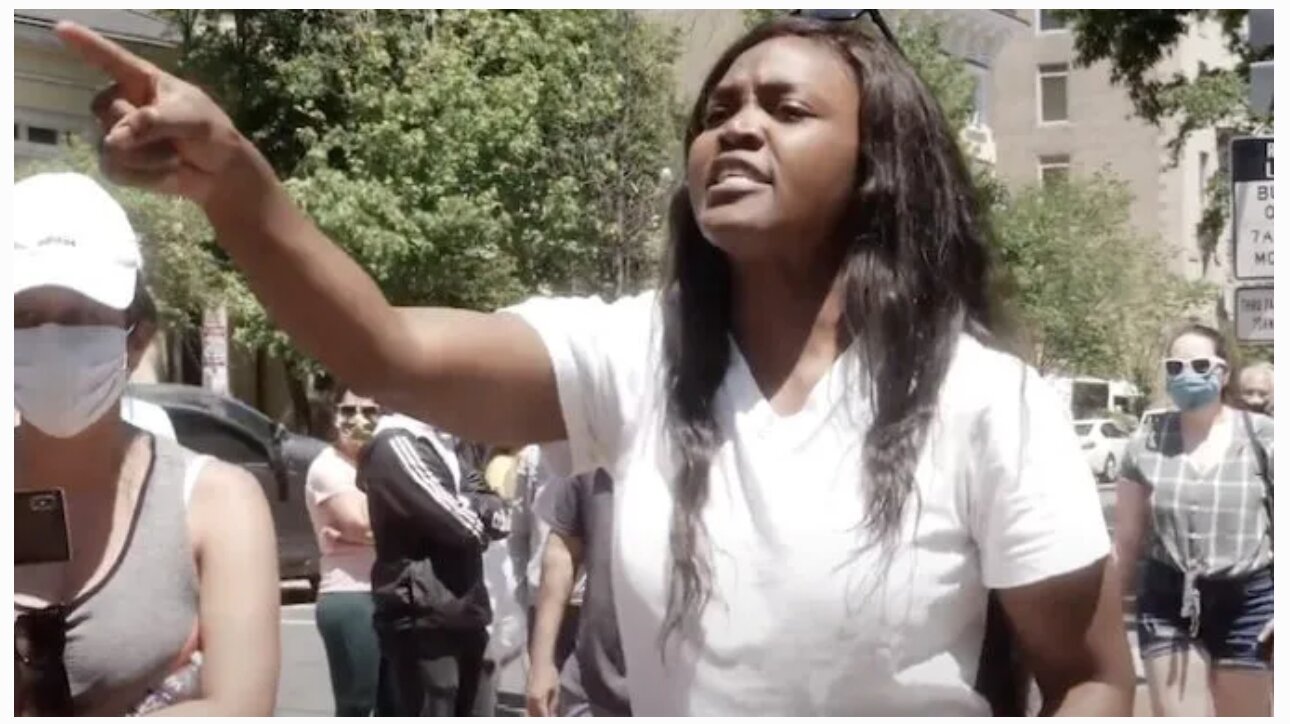 Black Lives Matter activists are “the racists” because “when black people kill black people, they don’t come out and do this crap. The only time they do this crap is when a white person does it,” Nestride Yumga, an American citizen who immigrated from Africa, told BLM protestors on Sunday.

“Black Lives Matter is a joke. You are the racists,” Nestride Yumga said near her home in Washington.

WesternJournal report: Yumga called out the hypocrisy of Black Lives Matter for refusing to acknowledge the exponential amounts of black-on-black crime, particularly in Chicago and other Democrat cities.

Ninety-four percent of black homicide victims from 1976 to 2005 were killed by other African-Americans, the National Review reported last year.

Over the Memorial Day weekend in Chicago, 84 people were wounded by gun violence and 24 of them died, the Chicago Sun-Times reported.

Yumga attempted to point out facts like these but was met with willful ignorance and combativeness.

“Go to Chicago. They don’t have schools, and they die every day. They don’t matter [to you] because you can’t get attention from that,” she said to protesters.

While Democratic politicians ignore the economic and societal devastation of their policies, it has been President Donald Trump who’s enacted strategies such as “Opportunity Zones” to help neglected neighborhoods.

Yumga was told to “shut up,” and others mumbled that what she was saying was not welcome.

However, she refused to let the growing crowd around her convince her that she is oppressed because of the amount of melanin in her skin.

Instead of kowtowing to her hostile critics, Yumga persisted in standing up for the country that has provided her with so much.

“I’m proud of my country, and I don’t want my country to be portrayed like this,” Yumga told Breitbart News.

She also refused to fall into the victimization trap to which so many have succumbed.

“Nobody is oppressed in America,” she said, explaining that as a foreigner she values the opportunities this country provides.

“I am not oppressed,” Yumga confidently declared.

She condemned violence of all types, including the death of George Floyd in police custody. But that was not enough to appease the mob.

Virtue signaling can only get you so far. Yumga showed that when facts are brought up, the contrived narrative of Black Lives Matter does not have a solid leg to stand on.

Baxter Dmitry is a writer at Your News Wire. He covers politics, business and entertainment. Speaking truth to power since he learned to talk, Baxter has travelled in over 80 countries and won arguments in every single one. Live without fear.
Email: baxter@yournewswire.com
Follow: @baxter_dmitry
https://newspunch.com/african-immigrant-blm-protestors-black-lives-matter-joke-you-are-racists/
Share 0 FacebookTwitterPinterestLinkedinEmail
previous post