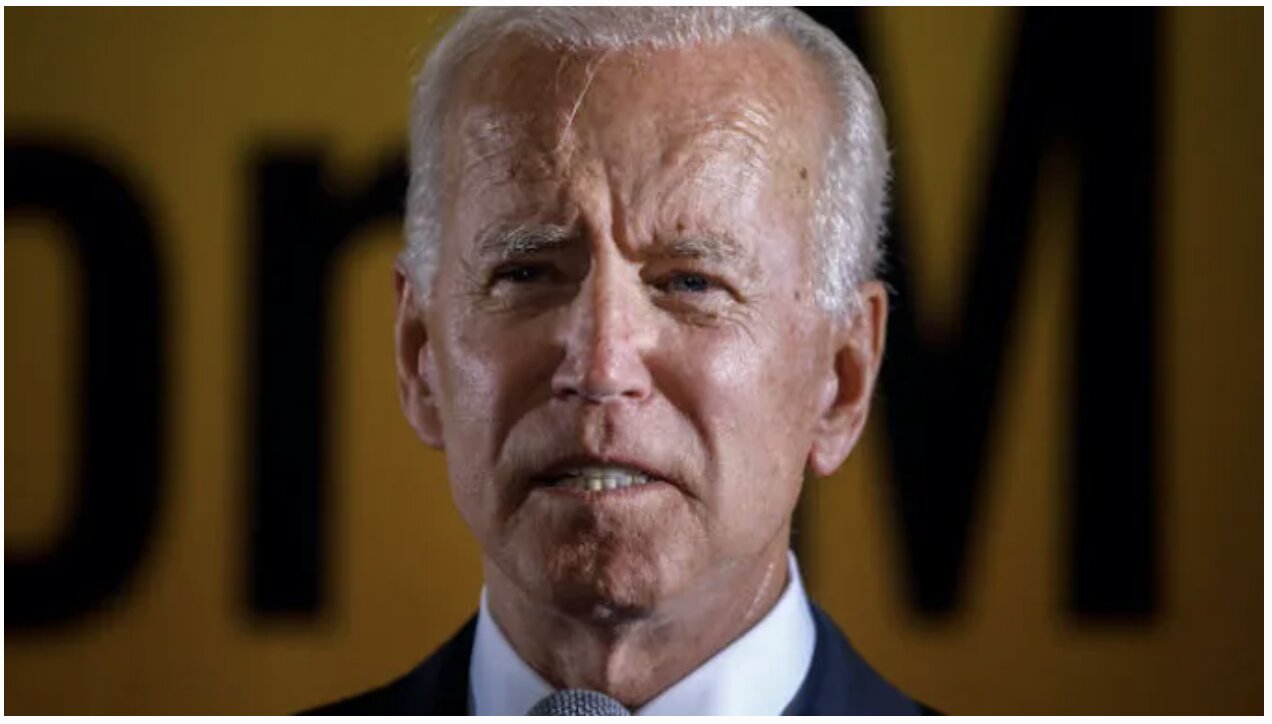 The story of Joe Biden’s effort to force the firing of Ukraine’s chief prosecutor, who was investigating Burisma Holdings, has taken a new twist in Kiev, just as Biden is sewing up the 2020 Democratic presidential nomination in America.

In Kiev late last month, District Court Judge S. V. Vovk ordered the country’s law enforcement services to formally list the fired prosecutor, Victor Shokin, as the victim of an alleged crime by the former U.S. vice president, according to an official English translation of the ruling.

Former Vice President Joe Biden’s son Hunter Biden was employed by the natural gas company Burisma Holdings, earning millions of dollars per year despite having no qualifications or experience, at the time Biden is alleged to have had the prosecutor fired.

JustTheNews report: The court had previously ordered the Prosecutor General’s Office and the State Bureau of Investigations in February to investigate Shokin’s claim that he was fired in spring 2016 under pressure from Biden because he was investigating Burisma Holdings, the natural gas company where Biden’s son Hunter worked.

The court ruled then that there was adequate evidence to investigate Shokin’s claim that Biden’s pressure on then-President Petro Poroshenko, including a threat to withhold $1 billion in U.S. loan guarantees, amounted to unlawful interference in Shokin’s work as Ukraine’s chief prosecutor.

But when law enforcement agencies opened the probe they refused to name Biden as the alleged perpetrator of the crime, instead listing the potential defendant as an unnamed American.

Vovk ruled that anonymous listing was improper and ordered the law enforcement agencies to formally name Biden as the accused perpetrator.

The ruling orders “a competent person of the Office of the Prosecutor General of Ukraine who conducts procedural management in criminal proceedings No. 62020000000000236 dated February 24, 2020 to enter information into the Unified register of pre-trial investigations … a summary of facts that may indicate the commission of a criminal offense under Paragraph 2 of Article 343 of the Criminal procedure code of Ukraine on criminal proceedings No. 62020000000000236 dated February 24, 2020, namely: information on interference in the activities of the former Prosecutor General of Ukraine Shokin, Viktor Mykolaiovych performed by citizen of the United States of America Joseph Biden, former U.S. Vice President.”

The judge added, “the order of the court may not be appealed.”

Shokin’s attorney, Oleksandr Ivanovych Teleshetskyi, confirmed the ruling to Just the News but said Ukraine officials have not yet complied.

“Viktor Shokin publicly appealed to the president of Ukraine with a request to properly respond to illegal inaction in the investigation of criminal cases that are open against Joseph Biden,” Teleshetskyi said. “Let me remind you that they were discovered precisely as a result of the statement of Viktor Shokin.”

The Biden-Shokin saga has dominated headlines for more than a year, and played a central role in the Democrat-led impeachment proceedings that ended earlier this year with President Trump’s acquittal in the Senate.

Biden has admitted on videotape he forced then-Ukraine President Poroshenko to fire Shokin in March 2016 by threatening to withhold $1 billion in U.S. loan guarantees. But Biden has steadfastly denied Shokin’s firing was due to the Burisma case. Instead, Biden said, he and other Western leaders believed Shokin was ineffective as a corruption fighter.

Shokin, however, has alleged in a court affidavit he was told he was fired because he refused to stand down his investigation of alleged corruption by Burisma and after he planned to call Hunter Biden as a witness to question him about millions of dollars in payments his American firm received from the Ukraine gas company.

Shokin has also disputed Democrats’ claims he was fired because he was incompetent or corrupt, producing among other pieces of evidence a letter from the U.S. State Department in summer 2015 that praised his anti-corruption plan as Ukraine’s chief prosecutor.

While the Biden-Shokin factual dispute remains unresolved, the impeachment trial last year generated testimony from State Department witnesses who said they believed Hunter Biden’s role at Burisma while his father oversaw U.S.-Ukraine policy created an uncomfortable appearance of a conflict of interest.

Both Bidens have denied wrongdoing but acknowledged they wished they had handled the matter differently.

Shokin’s continued pursuit of a case in the Ukraine courts could prompt new disclosures this summer as Biden readies for the fall election against Trump.

On Tuesday, a Ukraine parliamentary member released what he said were excerpts of phone calls between Poroshenko and Biden discussing Shokin’s firing, but neither man has confirmed their authenticity yet.

In an interview, Shokin told Just the News he is confident he can unearth evidence during the proceedings that Ukraine officials were satisfied with his performance and simply acceded to firing him to avoid losing the badly needed U.S. loan guarantees.

Baxter Dmitry is a writer at Your News Wire. He covers politics, business and entertainment. Speaking truth to power since he learned to talk, Baxter has travelled in over 80 countries and won arguments in every single one. Live without fear.
Email: baxter@yournewswire.com
Follow: @baxter_dmitry
https://newspunch.com/ukraine-judge-orders-joe-biden-listed-alleged-perpetrator-crime-firing-prosecutor/
Share 0 FacebookTwitterPinterestLinkedinEmail
previous post