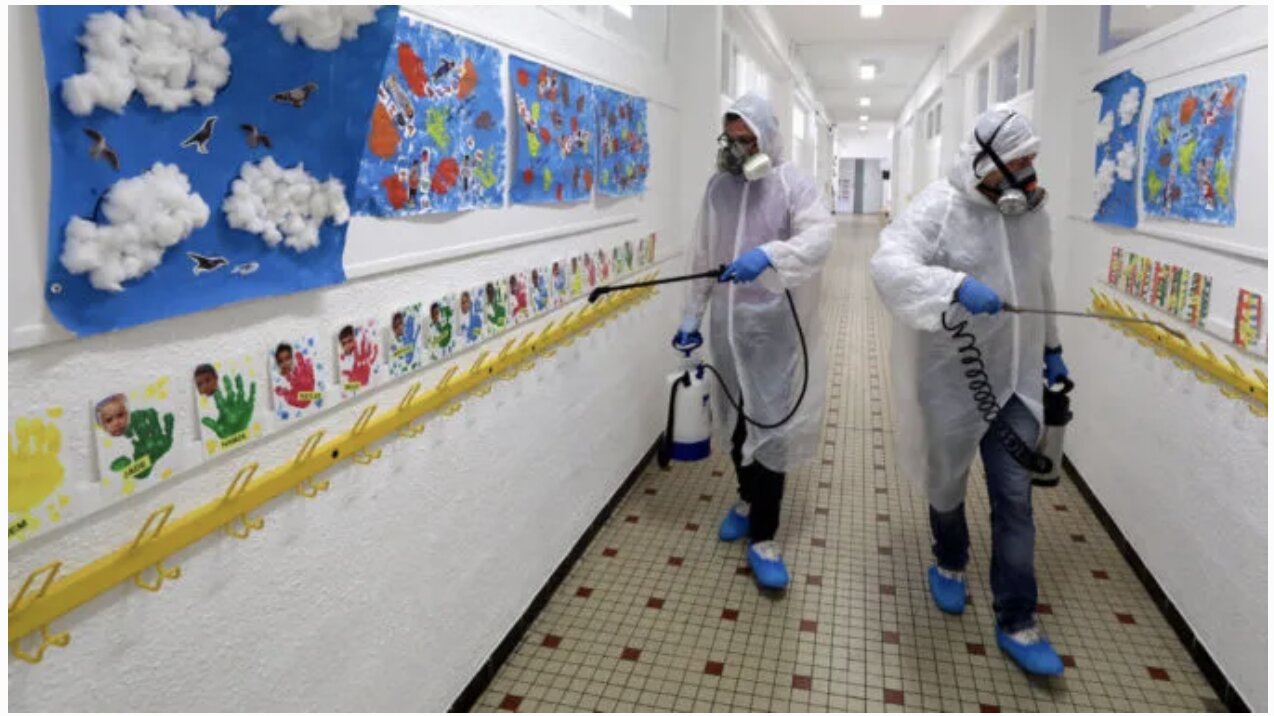 The announcement that primary school students could start returning to school in England from June 1, is causing a lot of concern to school unions with many insisting that schools should remain closedor that puils should not be allowed back until a track-and-trace system is in place….and now that pupils be sprayed with chemicals.

Following the alarming ‘disinfectant’ suggestion made by the joint general secretary of the UK’s largest teaching union, Health Secretary Matt Hancock was forced to make an appearance on TV earlier today to confirm that spraying pupils with disinfectant was ‘absolutely not going to happen’.

Responding to the disinfectant rumour, he said: “I did see that proposal from a union, that is absolutely not going to happen.”

The Mirror reports: Boris Johnson said the start of June was the earliest possible date to consider the phased reopening of schools, beginning with some of the youngest pupils in reception classes, year one and year six.

But even this staggered approach caused alarm, with the leader of the largest teaching union calling it “reckless”.

Blasting the plans, Dr Mary Bousted, joint general secretary of the NEU, suggested we should follow schools in China and South Korea where ‘children stand outside the school gates and are sprayed front and back with disinfectant’.

And another union raised concerns about how social distancing can be managed with younger children.

Dr Mary Bousted, joint general secretary of the NEU, said: “We think that the announcement by the Government that schools may reopen from June 1 with reception and years one and six is nothing short of reckless.

” Coronavirus continues to ravage communities in the UK and the rate of Covid-19 infection is still far too great for the wider opening of our schools.”

According to the Sun, Dr Bousted added: “In China, children stand outside the school gates and are sprayed front and back with disinfectant, their shoes are sprayed, they wash their hands with sanitiser, they must take off their mask and replace it with a new one, and their temperature is taken remotely.”

Asked if a similar regime should be introduced here, she said: “Yes. They’re doing that in China and South Korea and they have a minuscule number of new cases.”

The general secretary of a teachers’ union said the profession has “very serious concerns” about children returning to school on June 1.

Patrick Roach, of NASUWT, told BBC Breakfast: “The fact of the matter is the Government has announced a date but hasn’t come forward with a plan about how schools will ensure that they’re safe for pupils and safe for staff to be in from June 1.