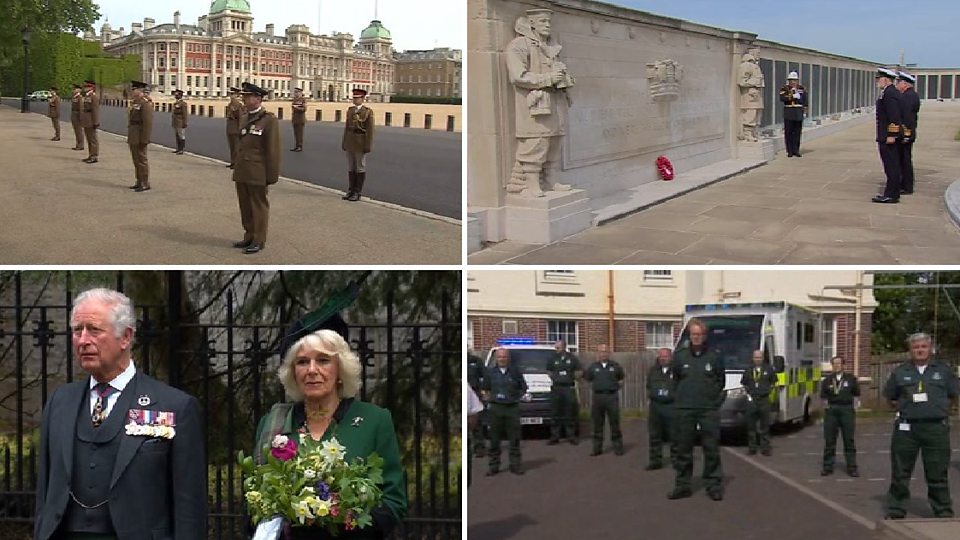 The Royal Family are leading the commemorations of the end of World War Two in Europe.

The UK has held a two-minute silence to commemorate the 75th anniversary of VE Day, as the country remains in lockdown due to the coronavirus.

The Prince of Wales and the Duchess of Cornwall led the silence at 11:00 BST to honour servicemen and women during World War Two, and the Queen will address the nation later.

The PM thanked the VE Day generation, saying “our gratitude will be eternal”.

Events are taking place all day, but public gatherings have been cancelled.

Victory in Europe Day marks the day in 1945 when Britain and its allies accepted the unconditional surrender of Nazi Germany, bringing the war in Europe to an end.