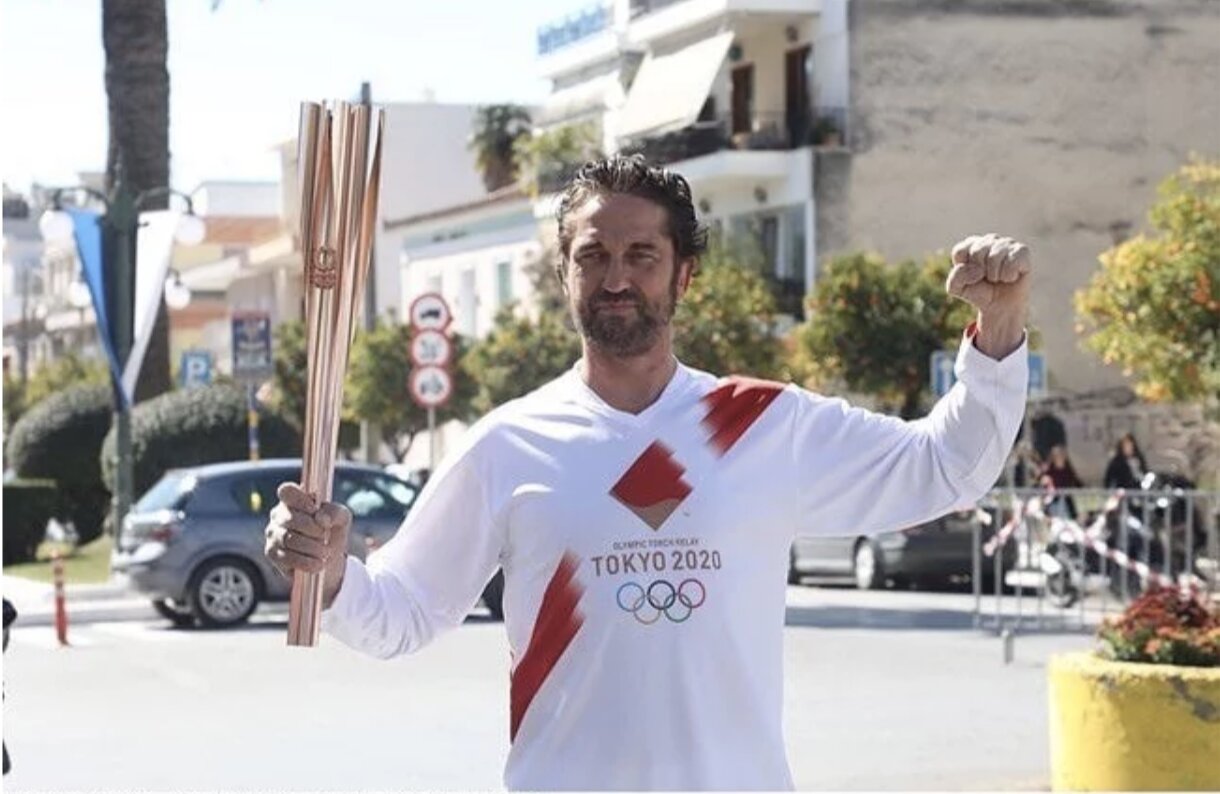 The 2020 Olympic Flame which was lit on Thursday in the Ancient Olympic site of Olympia on Thursday, was carried by actor Gerard Butler and others, before the decision came to suspend the torch relay.

An unexpectedly large crowd attendance in Sparta despite recommendations for the public not to focus on/attend the ceremony, led to the decision to cancel the rest of the program.

The delivery of the Olympic Flame to Tokyo 2020 next week will take place without spectators at the 1896 Olympic Panathenaic Stadium in Athens, according to the Greek statement.

On Thursday, the Olympic flame started its trip to Tokyo after its lighting at the stadium in the archaeological site at Ancient Olympia, in the presence of President of the Hellenic Republic Prokopios Pavlopoulos and IOC President Thomas Bach, as well as member of Japan’s government.

The flame was lit naturally, using the rays of the sun at Olympia.