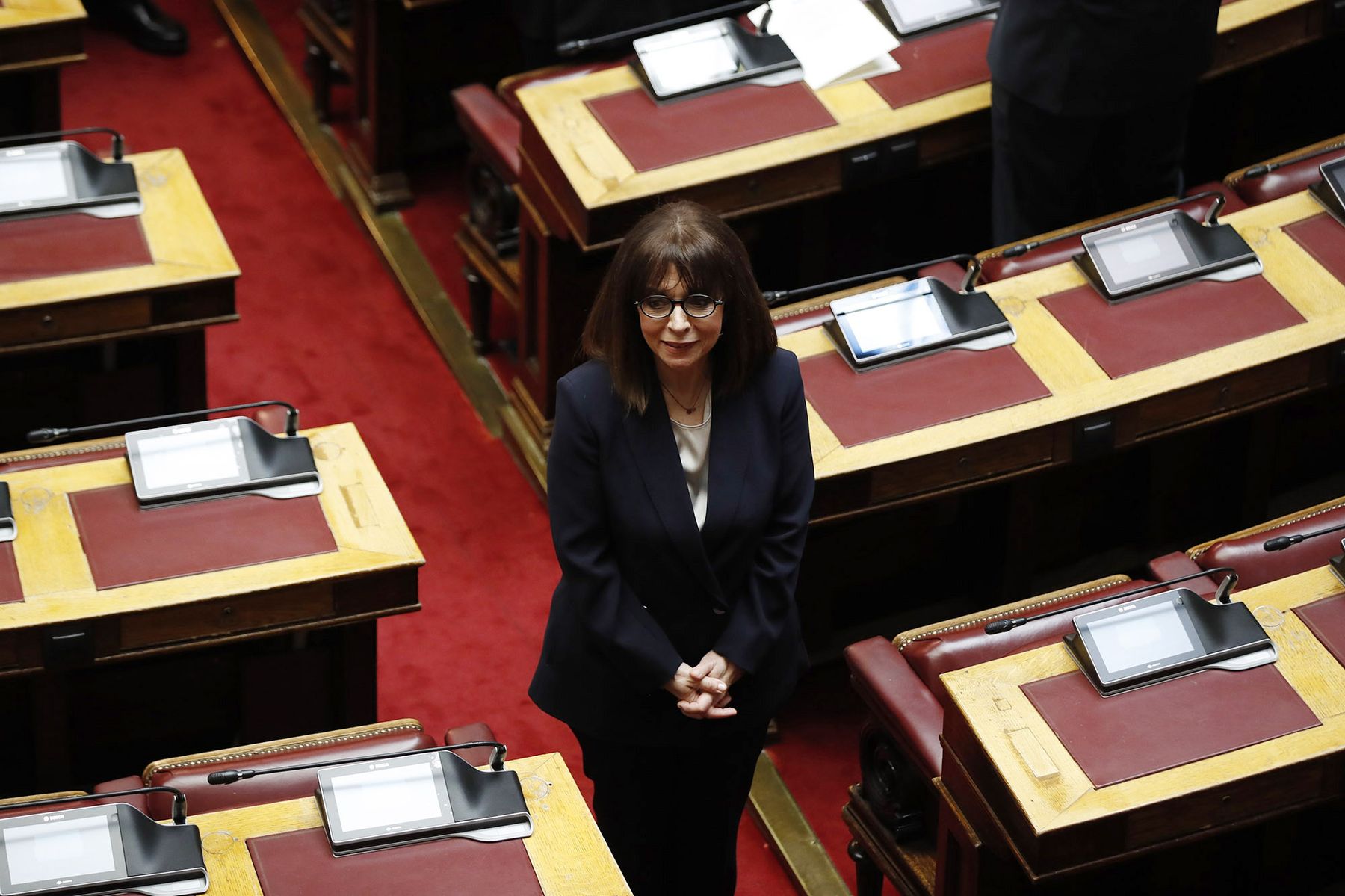 Greece swore in Friday Aikaterini Sakellaropoulou as the country’s first female head of state in a simplified ceremony in Parliament with fewer officials present to avoid the spread of the coronavirus.

Instead of the around 1,000 people that traditionally attend the event, about 100 lawmakers and other officials were present, including Prime Minister Kyriakos Mitsotakis, most of whom kept a safety distance between each other and who didn’t shake hands.

To reduce the time of the ceremony, a deputy speaker read out a speech by Sakellaropoulou immediately before she arrived.

The Greek government decided Thursday to close for 15 days all of the country’s courts, cinemas, nightclubs, children’s playgrounds and gyms. Schools and universities are already closed as a precautionary measure until March 24. Parents have been granted special paid leave for as long as schools are closed.

Sakellaropoulou, who was previously president of Greece’s highest court and the first woman in that job, replaces outgoing President Prokopios Pavlopoulos for a five-year term in a role that is largely ceremonial.