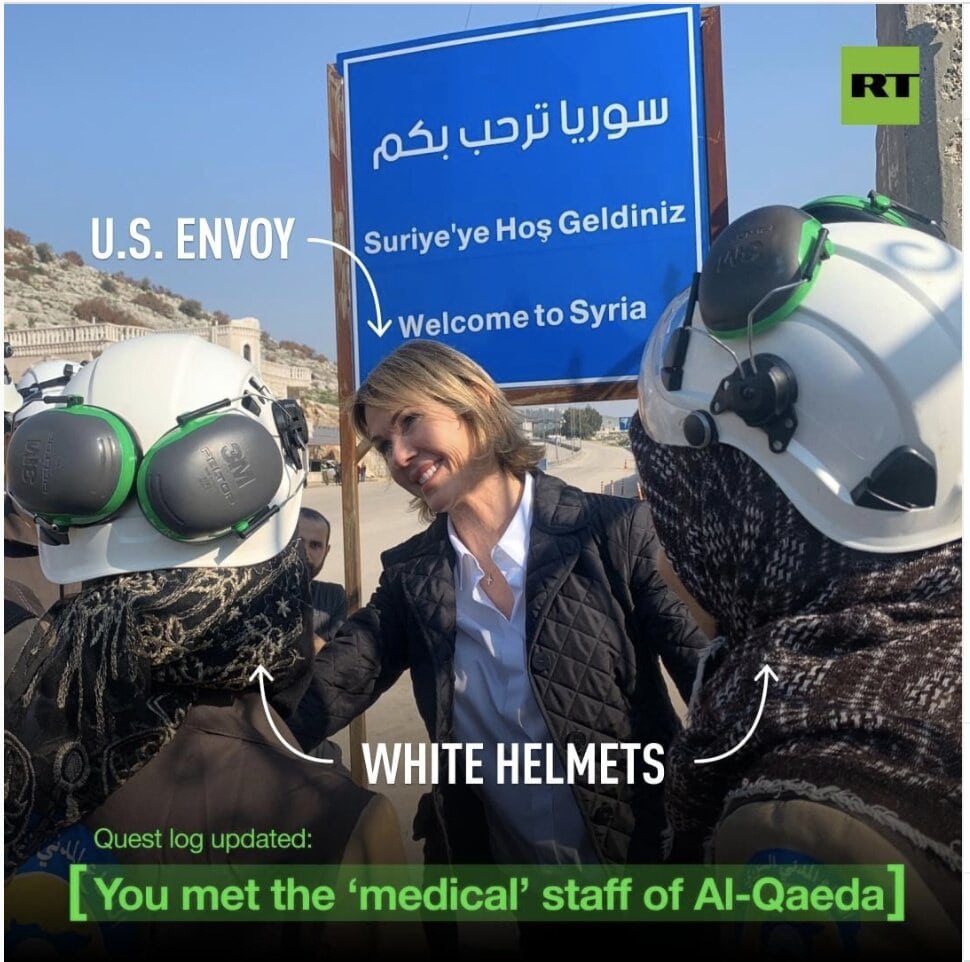 ““Good job, ambassador. You met the “medical” staff of Al-Qaeda,” – is just one of the zingers aimed at US Ambassador to the UN Kelly Craft after she proudly tweeted this image. She wrote of being “grateful” to shake the White Helmet’s hands, but probably not as grateful as they were for the $108-million “humanitarian support package” she promised.
⁣
⁣On her visit to Syria, Craft lauded the White Helmets for their humanitarian work, and reaffirmed America’s loyalty to the Syrian Civil Defense, seemingly oblivious to the critics who claim the group are in cahoots with Al-Qaeda.
⁣
⁣#WhiteHelmets #Syria #US #America #ambassador #military #politics #news