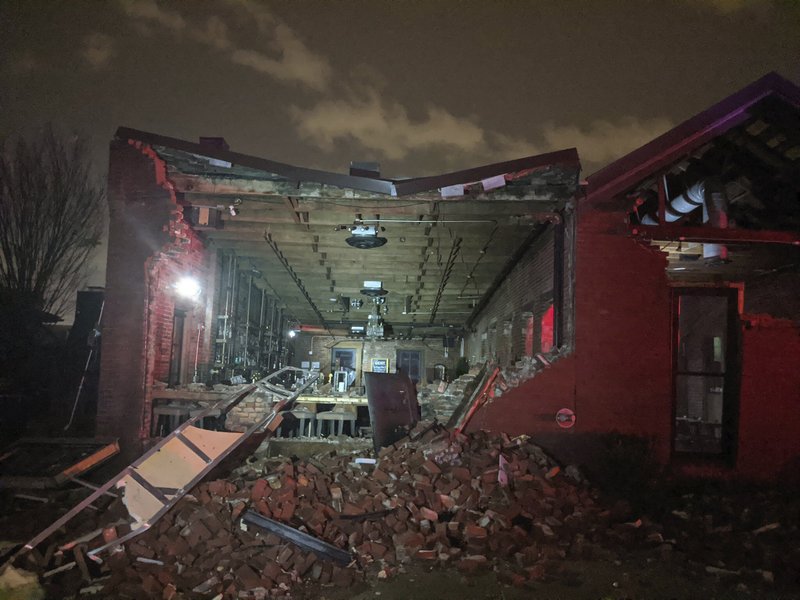 By JONATHAN MATTISE and MARK HUMPHREY

Daybreak revealed a landscape littered with blown-down walls and roofs, snapped power lines and huge broken trees, leaving city streets in gridlock. Schools, courts, transit lines, an airport and the state capitol were closed, and some damaged polling stations had to be moved only hours before Super Tuesday voting began.

“Last night was a reminder about how fragile life is,” Nashville Mayor John Cooper said at a Tuesday morning news conference.