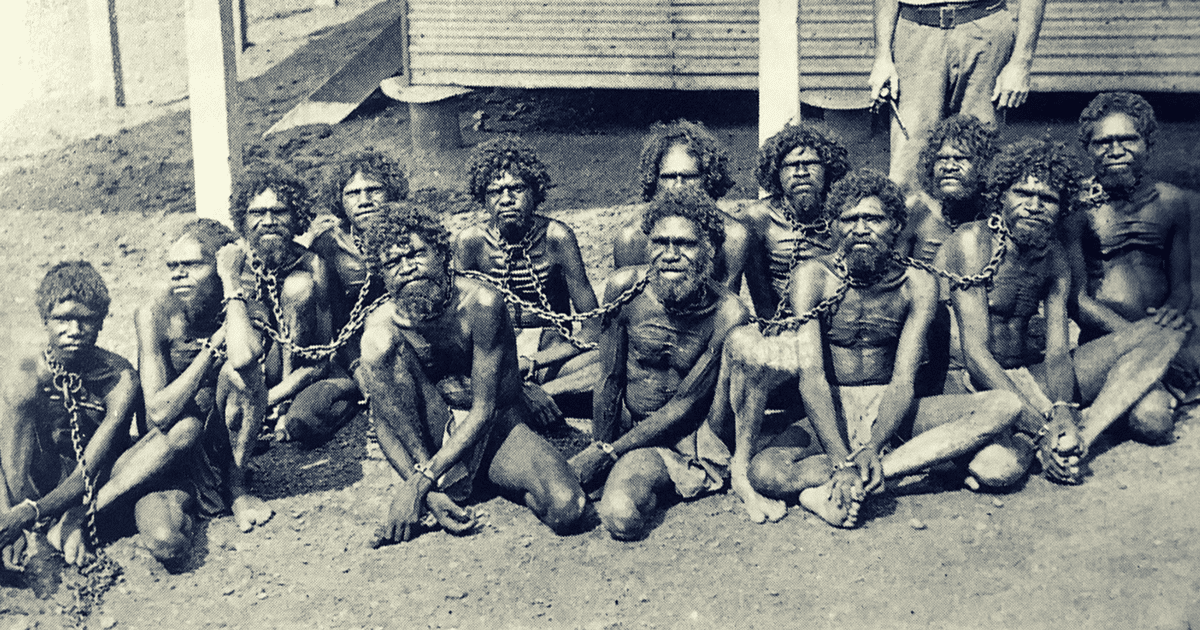 Despite attempts by many Australians and even politicians to gloss over the brutal colonisation of Australia, there is no denying the crimes against humanity that continue to take place.

From the earliest years of invasion there are countless stories of massacres handed down from generation to generation and there are settlers records found in old journals and letters that give grave insights into those early years. Some of the worst crimes against humanity happened right here in Australia. Complete communities wiped out by gunfire, herded off cliffs, burned alive and poisonings by the use of strychnine which is widely regarded as one of the most excruciating ways to die.

Sadly politicians do get away with their efforts to gloss over this early history. Australia’s education system also does little when it comes to highlighting these atrocities as well. ANZAC Day still omits the documented Frontier Wars even though the War Memorial states the day is about remembering all wars.

Something far less easier to hide and gloss over is the trove of images from around the turn of the century, a time when Australia was supposedly “young and free”. But these images show that life for Aboriginal people was more about incarceration and slavery.

Self Education: Understand why saying Japan would have wiped us all out is a very ignorant statement.

In recent years, Indigenous Facebook pages have been trying to share these images with the international community however our voices often fall upon deaf ears. Many of the following images contain images of Aboriginal men and children in chains who were often chained up by the neck and sent to Aboriginal concentration camps.

The images highlight Australia’s history of slavery. All of this history as well as present day issues are often suppressed in Australia and subsequently overseas as well. Now that the truth is being recognised internationally, will there be any pressure for justice to be served for the theft of a continent and an ongoing attempt to wipe out our culture and rights? Will we see international sanctions imposed on Australia, similar to those imposed upon South Africa? The argument that all this happened under Britain’s rule is not true. All of these images are from after 1901 when Australia became a nation. The neck chains were used well up until the 1960’s and only used on our people.

Neck chains were used while Aboriginal men were marched from their homelands into prisons, concentration camps known as missions and lock hospitals or forced into slavery. Women were also forced into slavery as domestic servants.

The oppression continues today as well. In recent years, the United Nations have handed down multiple scathing reports on Australia’s lack of effort when it comes to improving the shocking rates of suicide, incarceration, health and education. Australia doesn’t even bother responding to these reports any more. There is no pressure for them to do so. They have created the perfect strangle hold on our existence as they try to force us to assimilate into their toxic and destructive society.

And just when you think Australia could do no worse… today, they even choose the date of British invasion (Jan 26) to celebrate ‘Australia Day’. And that is why hundreds of thousands of us hit the streets each year in protest.

Welcome to Country is an independent Indigenous news/media website. We publish news and informative articles that are often absent from Australia’s mainstream media.