Copyright 2021 - All Right Reserved
Home Greek News God spare us all from these criminals: Hillary Clinton says she feels an ‘urge’ to run against Trump again
Greek News

God spare us all from these criminals: Hillary Clinton says she feels an ‘urge’ to run against Trump again 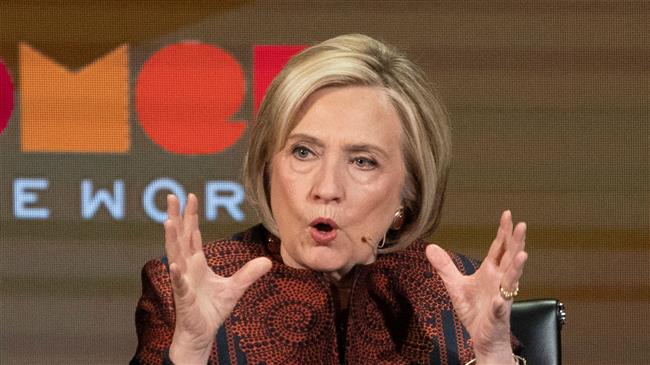 (FILES) In this file photo taken on April 11, 2019 Former US Secretary of State Hillary Clinton speaks during the Women in the World Summit in New York. (AFP photo)

PressTv: Hillary Clinton says she feels an ‘urge’ to run against Trump again

Former US secretary of state and 2016 presidential candidate Hillary Clinton says she has an “urge” to run again against Donald Trump because she thinks she can win this time.

Clinton, who lost the 2016 race for the White House to Republican Trump, was asked during an interview with Variety this week if she ever thought “I could beat Donald Trump if I were running.”

“Yeah. I certainly feel the urge because I feel the 2016 election was a really odd time and an odd outcome,” the 72-year-old said.

“And the more we learn, the more that seems to be the case. But I’m going to support the people who are running now and do everything I can to help elect the Democratic nominee,” she added.

Clinton has said she still regrets losing the 2016 presidential face-off with Trump.

Clinton has said earlier that even though she doesn’t want to run again for the White House, “I’d like to be president.”

Trump has invited “loser” Clinton to try her luck again in 2020.

“Crooked Hillary Clinton is the worst (and biggest) loser of all time. She just can’t stop, which is so good for the Republican Party. Hillary, get on with your life and give it another try in three years!” Trump tweeted.

Hillary Clinton is leaving the door open on 2020, saying that even though she doesn

In response, Clinton described Trump as “obsessed” with her.

“Apparently, you know, my former opponent is obsessed with my speaking out,” she said.

Clinton had been leading Trump throughout the campaign in most of the polls except for the last week of the election when she lost ground to Trump. Eventually, the billionaire businessman defeated the former first lady.

Clinton has, on numerous occasions, blamed Russia for losing the election to Trump, claiming that Moscow had colluded with her rival. The allegations, however, have been repeatedly denied by both Trump and Russia.