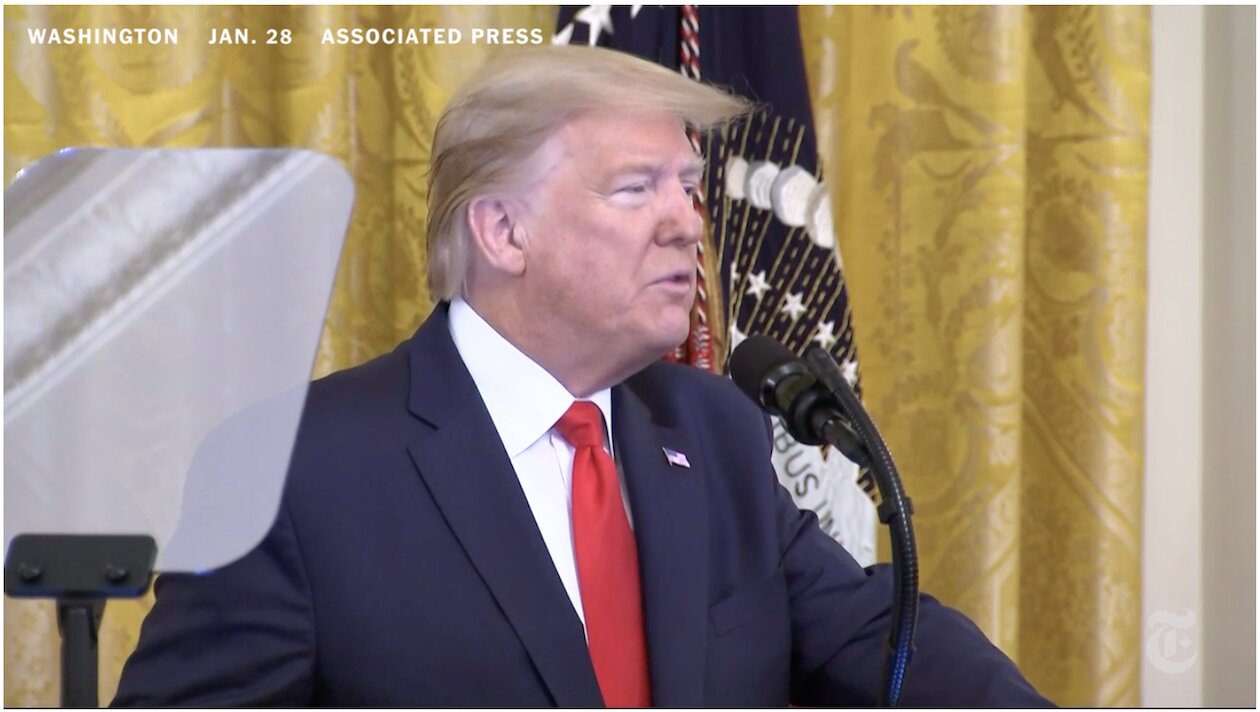 President Trump’s proposal strongly favors Israel, though he insisted his plan would be good for the Palestinians.CreditCredit…Doug Mills/The New York Times

The plan would discard the longtime goal of granting the Palestinians a full-fledged state. President Trump called it “a win-win” for both sides; Palestinian leaders immediately rejected it…

WASHINGTON — President Trump on Tuesday unveiled his long-awaited Middle East peace plan with a flourish, releasing a proposal that would give Israel most of what it has sought over decades of conflict while offering the Palestinians the possibility of a state with limited sovereignty.

Mr. Trump’s plan would guarantee that Israel would control a unified Jerusalem as its capital and not require it to uproot any of the settlements in the West Bank that have provoked Palestinian outrage and alienated much of the world. Mr. Trump promised to provide $50 billion in international investment to build the new Palestinian entity and open an embassy in its new state.