Copyright 2021 - All Right Reserved
Home Greek News The Guardian: Is John Bolton the most dangerous man in the world?
Greek News 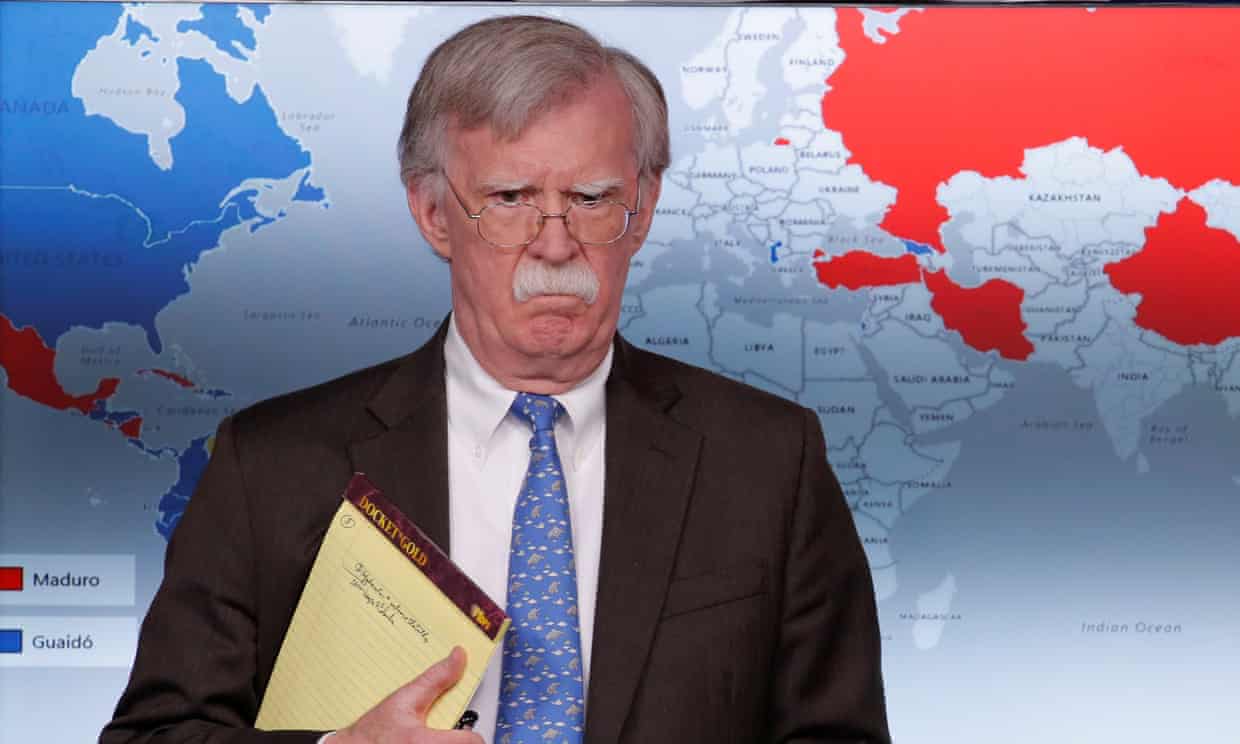 Is John Bolton the most dangerous man in the world?

The US is closer to war with Iran than it has been since the Bush years, or perhaps ever. And Bolton is largely to blame

We know this because he has been saying it for nearly two decades.

And everything that the Trump administration has done over its Iran policy, particularly since Bolton became Trump’s top foreign policy adviser in April of 2018, must be viewed through this lens, including the alarming US military posturing in the Middle East of the past two weeks.

Just after one month on the job, Bolton gave Trump the final push he needed to withdraw from the Iran nuclear agreement, which at the time was (and still is, for now) successfully boxing in Iran’s nuclear program and blocking all pathways for Iran to build a bomb. The Joint Comprehensive Plan of Action (JCPOA) – as the Iran deal is formally known – was the biggest obstacle to Bolton’s drive for a regime change war, because it eliminated a helpful pretext that served so useful to sell the war in Iraq 17 years ago.

Since walking away from the deal, the Trump administration has claimed that with a “maximum pressure” campaign against Iran, it can achieve a “better deal” that magically turns Iran into a Jeffersonian democracy bowing to every and any American wish. But this has always been a fantastically bad-faith argument meant to obscure the actual goal (regime change) and provide cover for the incremental steps – the crushing sanctions, bellicose rhetoric, and antagonizing military maneuvers – that have now put the United States closer to war with Iran than it has been since at least the latter half of the Bush administration, or perhaps ever.

And Bolton has no qualms about manipulating or outright ignoring intelligence to advance his agenda, which is exactly what’s happening right now.

In his White House statement 10 days ago announcing (an already pre-planned) carrier and bomber deployment to the Middle East, Bolton cited “a number of troubling and escalatory indications and warnings” from Iran to justify the bolstered US military presence. But multiple sources who have seen the same intelligence have since said that Bolton and the Trump administration blew it “out of proportion, characterizing the threat as more significant than it actually was”. Even a British general operating in the region pushed back this week, saying he has seen no evidence of an increased Iranian threat.

What’s even more worrying is that Bolton knows what he’s doing. He’s “a seasoned bureaucratic infighter who has the skills to press forcefully for his views” – and he has a long history of using those skills to undermine American diplomacy and work toward killing arms control agreements.

As a senior official in the George W Bush administration, he played key rolein the collapse of the Agreed Framework, the Clinton-era deal that froze North Korea’s plutonium nuclear program (the North Koreans tested their first bomb four years later).

He said he “felt like a kid on Christmas day” after he orchestrated the US withdrawal from the international criminal court in 2002. And now as a senior official in the Trump administration, he pushed for the US to withdrawal from a crucial nuclear arms treaty with Russia.

While it’s unclear how much of a role he played in scuttling Trump’s negotiations with Kim Jong-un in Hanoi last year, he publicly called for the so-called “Libya model” with the North Koreans (in other words, regime change by force). Just months before joining the administration, he tried to make the legal case for a preventive war against Pyongyang. And if you think he cares about the aftermath of war with North Korea, he doesn’t. Bolton was reportedly “unmoved” by a presentation during his time in the Bush administration of the catastrophic consequences of such a war. “I don’t do war. I do policy,” he said then.

So far, Bolton has been successful in moving the United States toward his desired outcome with Iran – if getting the Pentagon to draw up plans to send 120,000 US troops to the region to confront Iran is any indication. There are hopeful signs that we can avoid war, as US officials and our European allies, seemingly alarmed by what Bolton is up to, are sounding the alarm about the Trump administration skewing intelligence on Iran.

But Bolton is on a fast track, seemingly aware that Trump’s time in office may be limited. The question, ultimately, is whether the president can stick to his instincts of avoiding more military conflict, or acquiesce to a man hellbent on boxing him into a corner with no way out other than war with Iran.

… we have a small favour to ask. More people are reading and supporting our independent, investigative reporting than ever before. And unlike many news organisations, we have chosen an approach that allows us to keep our journalism accessible to all, regardless of where they live or what they can afford.

The Guardian is editorially independent, meaning we set our own agenda. Our journalism is free from commercial bias and not influenced by billionaire owners, politicians or shareholders. No one edits our editor. No one steers our opinion. This is important as it enables us to give a voice to those less heard, challenge the powerful and hold them to account. It’s what makes us different to so many others in the media, at a time when factual, honest reporting is critical.

Every contribution we receive from readers like you, big or small, goes directly into funding our journalism. This support enables us to keep working as we do – but we must maintain and build on it for every year to come. Support The Guardian from as little as $1 – and it only takes a minute. Thank you.