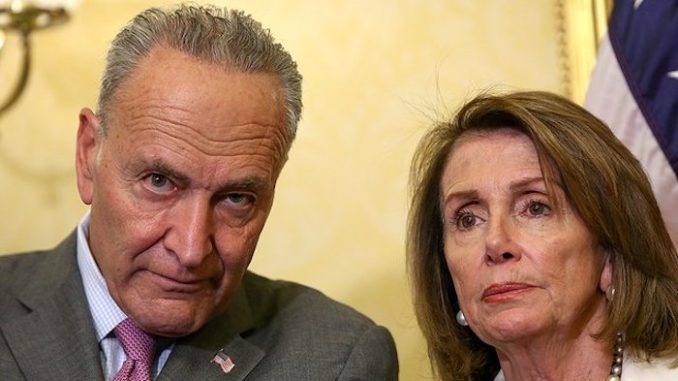 In a letter penned by Pelosi and circulated Wednesday, the pair urged both Democrat and Republican members of Congress to back the resolution scheduled to be introduced on Friday.

“The President’s decision to go outside the bounds of the law to try to get what he failed to achieve in the constitutional legislative process violates the Constitution and must be terminated,” Pelosi’s “Dear Colleague” letter reads.

Reuters reports: So far, 92 lawmakers have joined Castro in backing the legislation, which under House rules could advance within weeks to a debate by the full chamber, which is controlled by Democrats.

Trump declared a national emergency last week in order to take money Congress had appropriated for other activities and use it to build a wall on the U.S.-Mexico border.

Trump’s move came after Congress declined to fulfill his request for $5.7 billion to help build the wall this year.

House Speaker Nancy Pelosi sent a letter on Wednesday to both Democratic and Republican members inviting them to cosponsor Castro’s resolution. She said the House “will move swiftly to pass this bill.”

Both the House and the Republican-led Senate could pass a resolution terminating the emergency by majority vote. However, any such measure would then go to Trump, who would likely veto it. Overriding the veto would require a two-thirds vote in both chambers.

A coalition of 16 U.S. states led by California sued Trump and top members of his administration on Monday to block his decision to declare the emergency.

The lawsuit said Trump’s declaration was a misuse of presidential power.