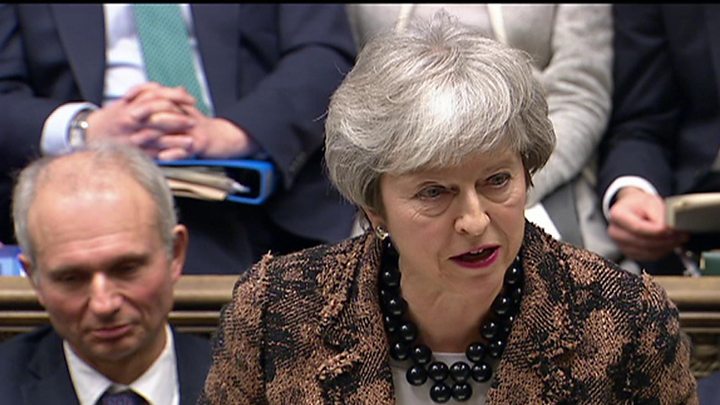 Theresa May has scrapped the £65 fee millions of EU citizens were going to have to pay to secure the right to continue living in the UK after Brexit.

She also vowed to seek changes to the Irish backstop from the EU.

But she again rejected calls to rule out a “no deal” Brexit – and warned another EU referendum could threaten the UK’s “social cohesion”.

Conservative rebels and Labour accused her of being in denial about the scale of opposition to her Brexit deal.