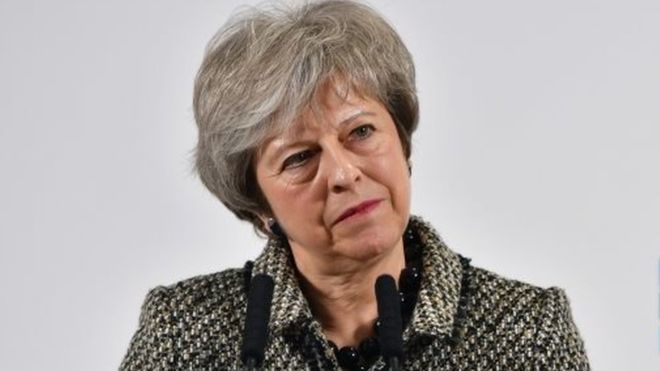 The PM has said she is trying to get further assurances from the European Union so she can win the Commons vote on her Brexit deal next week.

Theresa May said that after delaying the vote last month, there was “some further movement from the EU” at December’s European Council.

But Labour accused ministers of trying to “run down the clock” to “blackmail” the UK into backing a “botched deal”.

The EU Commission has said there will be no renegotiation.

A spokesman said “everything on the table has been approved and… the priority now is to await events” in the UK.