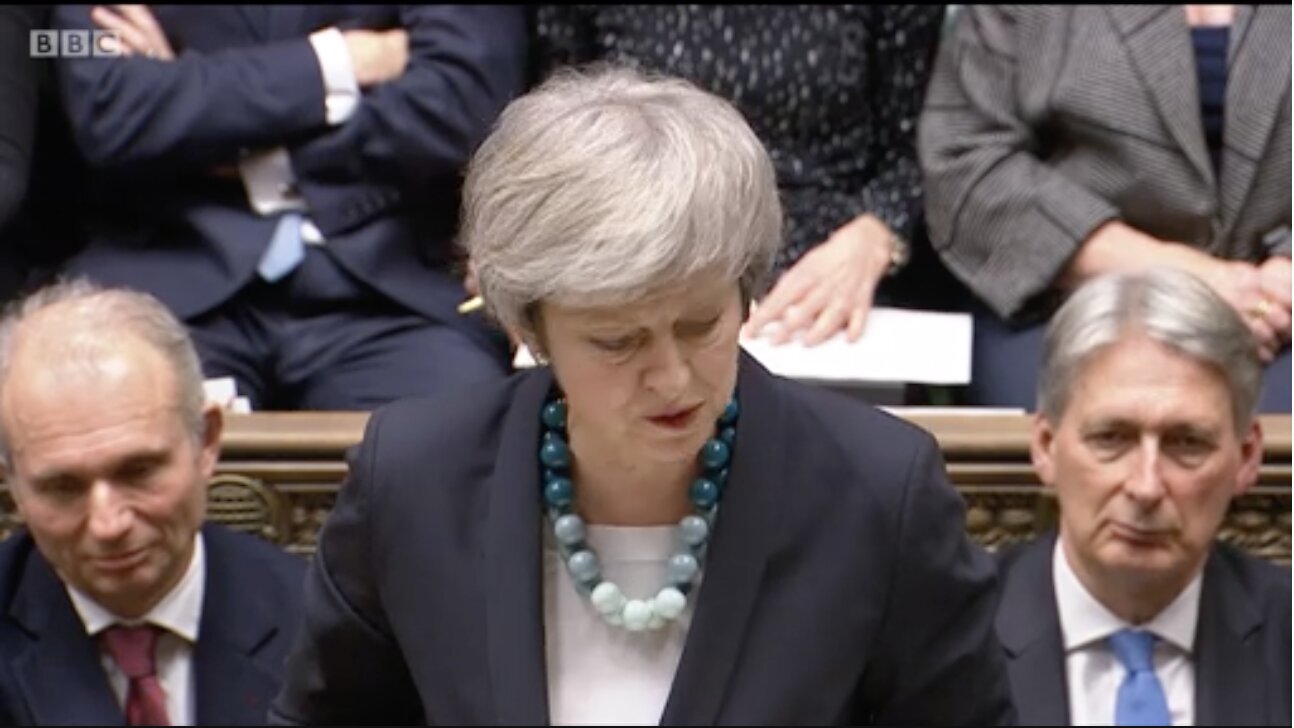 Prime Minister Theresa May has called off Tuesday’s crucial vote on her Brexit deal so she can go back to Brussels and ask for changes to it.

As it stands the deal “would be rejected by a significant margin” if MPs voted on it, she admitted.

But she said she was confident of getting “reassurances” from the EU on the Northern Ireland border plan.

MPs reacted angrily to her announcement with Labour’s Jeremy Corbyn saying she had “lost control of events”.

And European Council President Donald Tusk insisted the remaining 27 EU countries would not “renegotiate the deal”, including the controversial Northern Irish backstop.

However, he said EU leaders would be willing to “discuss how to facilitate UK ratification” of the withdrawal agreement at Thursday’s summit in Brussels.

The prime minister’s U-turn came after she and senior ministers had spent days insisting the vote would go ahead, despite the scale of opposition from MPs being obvious.