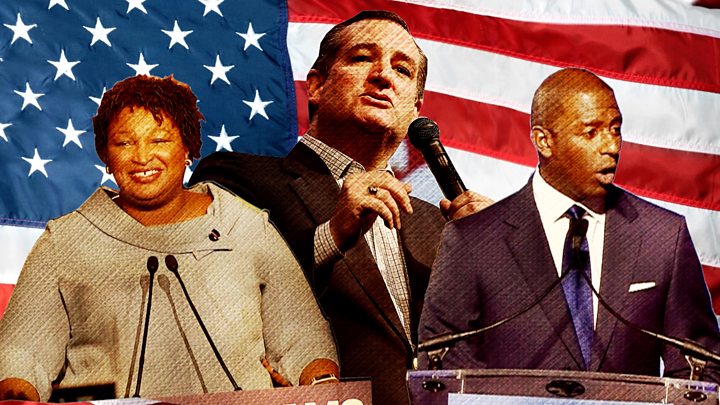 The president focuses on positives as Republicans lose control of the House but make Senate gains.

President Donald Trump has hailed a “Big Victory” in US mid-term elections which saw Democrats seize of the House of Representatives but Republicans consolidate their grip on the Senate.

The Democratic majority in the lower chamber will be in a position to block Mr Trump’s legislative programme.