‘The US government is not allowed to abet the breaking of federal law. Sorry. And that’s exactly what they’re doing,’ Tucker says….

Video captured by police appears to show the federal government breaking the law by flying roughly 100 illegal immigrants into Westchester, New York, where they’re loaded onto buses to be transported wherever they want to go.

The body cam footage, obtained by Tucker Carlson Tonight, was captured by a Westchester police officer on an airport tarmac last August, and evidently demonstrates how illegals are being unloaded at small airports to attract less public attention.

A government contractor helping facilitate the activity tells the officer he has no information on the operation, other than the feds want to keep it under wraps.

“You don’t want to be in somewhere the spotlight is there,” the contractor admits to the officer. “You want to try and be as down low as possible.”

Another contractor says he has a feeling the Biden administration has a hand in orchestrating the operation, before admitting he believes the government wants secrecy because they’re betraying the American people.

“I get the whole secrecy and all that sh*t but this is even above my f**king pay grade,” he says. “Like, what the f**k is going on?”

“And why?” the officer asks.

“You know, why,” the contractor tells him. “Look who’s in office. That’s why, come on.”

“But what’s the big secret?” the officer asks. “Everyone knows it’s happening.”

“You know why?” the contractor responds. “Because if this gets out, the government is betraying the American people.”

Responding to the illegal operation, Tucker berated the government for abetting the violation of federal law.

“Now just to be completely clear: what you just saw is illegal. That’s a crime, that’s why they’re keeping it secret,” Tucker pointed out. “The US government is not allowed to abet the breaking of federal law. Sorry. And that’s exactly what they’re doing.”

As noted by J.D. Rucker at TheLibertyDaily.com, Republicans who refuse to address this issue or use it as campaign fodder, are just as complicit as the democrats who are shipping in illegals.

If the Republican Establishment cared, they could use this as a case for them to win elections in November. But they don’t want to touch this because if they use it as their campaign push, they’ll be expected to deal with it once they have control of Capitol Hill. The RINOs leading the party doesn’t want to address it. They are just as complicit as Democrat lawmakers who continue to do what’s best for everyone other than American citizens.

CLICK HERE to watch our live feed that’s now streaming 24/7 on GETTR! Also, be sure to follow Alex Jones and Banned.video on GETTR for breaking news and exclusive information
SOURCE >> https://www.infowars.com/posts/watch-the-government-is-betraying-the-american-people-contractor-says-as-feds-fly-illegals-into-new-york/ 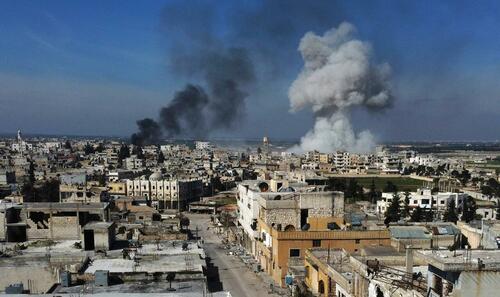 Confirmed: PCR Tests and COVID 19 Vaccines Are Globalist Terrorist Bio-Weapons – Terror Plot Is Now Being Exposed to Law Enforcement and the Military Across UK, Canada, the United States of America and Beyond…