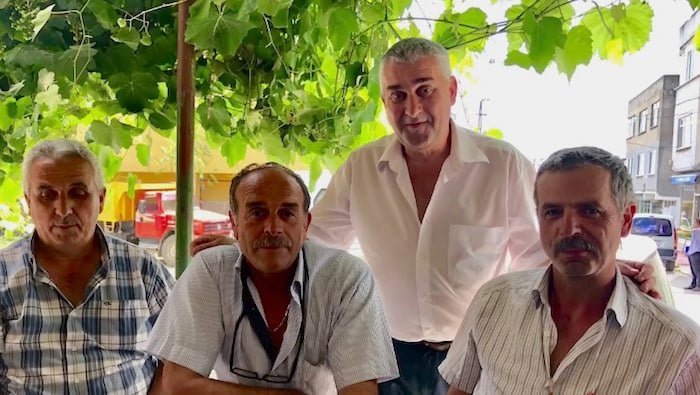 There is a Turkish town called Catalca in the rural district of Istanbul that is full of Greek speakers, many of whom have a distinct northern Greek accent.

A recent video filmed by Constantine Garelas shows a group of Greek-speaking men filled with joy as they meet the Greek visitor to their village. They perceive him as a compatriot who lives on the other side of the border.

The men, who are all over 50 years old, speak with a strange feeling of nostalgia for the land of their ancestors and their roots. Most of them are descendants of the population exchange between Turkey and Greece that took place in 1923, after the Asia Minor Disaster.

Some have never been to Greece, but they like to speak the language. Probably because it is the link with the homeland of their ancestors.

They sing Greek songs with great joy, as if they want to prove to the person holding the camera that despite the nationality written on their ID, they are Hellenes. Or simply because it comes from a soft spot deep in their hearts.

And those who have visited the place their ancestors used to live, speak with pride about the trip to their roots. These are the Greeks at heart in Catalca, Turkey.

Greek-speaking town in Turkey was home to ancient Greek city

Once an ancient Greek city called Ergiske (Εργίσκη), the town is believed to have been settled as early as 450 BC.

Its name came from Ergiscus, a son of Poseidon through the nymph Ava, who according to Greek mythology was the daughter of River Evros. During the Roman era the city was named Metrae.

The town was settled throughout the Ottoman period and according to the Ottoman Official Statistics of 1910 the majority of the area were Greeks, almost six out of ten residents.

Due to its location on the ridge between the Marmara and the Black Sea and its closeness to Istanbul, Catalca has seen many population movements.

However, the Population Exchange Treaty signed between the Turkish and Greek Governments in January 30, 1923 was the first of its kind in history because it was legalized by international laws, which forced the exchange of population between the two countries.

The most remarkable about the treaty is the main criterion which was exclusively religious. There was no reference to linguistic categories or to ethnic ones.

People were ascribed new identities as either Greek or Turkish merely on the basis of religion.

The majority of the Muslims from Macedonia were Greek-speaking and a considerable proportion of the Greek Orthodox of Central Anatolia spoke Turkish.

“My grandparents came here and spoke only Greek,” notes a resident of Catalca in the video. 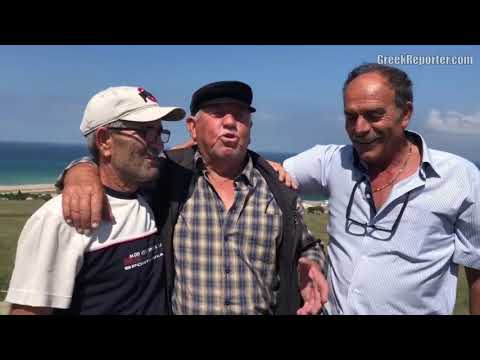 The population exchange was seen as an integral part of the nation-building process. Approximately, 1,700,000 people (1,200,000 Orthodox Greeks and 500,000 Muslims) were subjected to the exchange.

The migrants were carried port to port by ships and settled first in temporary refugee camps.

As a result of this mandatory migration, the lives of thousands of people were changed completely.

In reality, they were victims of the treaty on both sides, as they had to rebuild their lives from the beginning.

The exchanged population tried to preserve their identities and cultures of origin homeland while struggling to integrate to the new community.

Prior to the 1923 exchange, Orthodox Greeks and Muslim Turks used to live peacefully together in Catalca.

After the exchange, Muslim people from Grevena, Lagadas, Kilkis, Drama and other cities and towns of Macedonia settled in the residential areas of Catalca, replacing the Greeks who had to abandon their homes.

Today, as can be seen in the video, the Greeks – who are Turkish citizens – speak their language fluently and happily, albeit a northern Greece dialect. Much like the Muslim Greek citizens who live in Western Thrace without forgetting their cultural heritage and religion.

In 2010, a historical building in Catalca was allocated to the Foundation of Lausanne Treaty Emigrants to be used as a Population Exchange Museum.

The museum opened to the public in December 20, 2010 after restoration of the building, with the Çatalca Municipality’s partnership and the support of the Istanbul 2010 European Capital of Culture Agency. Well…WHAD’YA YA KNOW! UK military to get biggest spending boost in 30 years…