‘Biden is quite busy,’ spokeswoman says after Russia’s Putin challenges US leader to live unscripted debate amid deepening rift

US President Joe Biden appears to have rebuffed an open invitation from his Russian counterpart Vladimir Putin to hold a live public debate, with the White House press secretary claiming that he’s “quite busy” with other things.

Asked by reporters on Thursday whether Biden would consider the offer from his Russian counterpart, spokeswoman Jen Psaki answered in the negative, saying she did not have any news about a future meeting, virtual or otherwise, and that the president’s schedule is full.

“I’ll have to get back to you if that is something we are entertaining. I would say that the president already had a conversation with President Putin, even as there are more world leaders that he has not yet engaged with,” she said, referring to a phone call between the two leaders in January.

We engage with Russian leaders, members of the government, at all levels, but I don’t have anything to report to you in terms of a future meeting. The president, of course, [he] will be in Georgia tomorrow and quite busy.

The exchange came after Biden indicated that he deemed Putin “a killer” during an interview with ABC News earlier this week, also claiming he had warned the Russian leader of a harsh response if his administration found “evidence” of Moscow’s meddling in the 2020 US presidential election.

Putin responded to those comments by wishing Biden “good health,” while hoping he would stop projecting his own traits onto others. He urged the US leader to join him for a live conversation “without any delays, directly in an open” debate, where the two could discuss bilateral ties instead of trading jabs.

Psaki all but ruled out the idea, adding that the two leaders “have different perspectives on their respective countries and how to approach engagement in the world.” Asked whether Biden had accidentally ignited a “little war of words” with his “killer” comments, the press secretary insisted the president would not “hold back.”

“We are confident that we can continue to look for ways where there’s a mutual interest, mutual national interest, but the president is not going to hold back, clearly, when he has concerns,” Psaki continued.

As Biden wrapped up a national address on the state of the US coronavirus vaccine rollout on Thursday, he was askedwhether he would agree to Putin’s offer for open talks. The president declined to answer, leaving the podium without acknowledging the question.

US-Russian relations have seen a significant decline in recent years, with the Obama and Trump administrations imposing round after round of sanctions on the country over a litany of allegations, including claims of interference in American elections, a charge Moscow has vocally denied. While Biden early in his term was able set aside differences long enough to reach a deal to extend the New START arms control pact, his administration has continued the sanctions spree. This week, the White House said it is weighing yet another round of penalties on the heels of a recent intelligence report, which again accused Moscow of trying to influence a US election. In line with previous meddling charges from the US intelligence community, the report cited little to no evidence. Zelensky Dismisses Two Of His Top Generals For Being “Traitors” 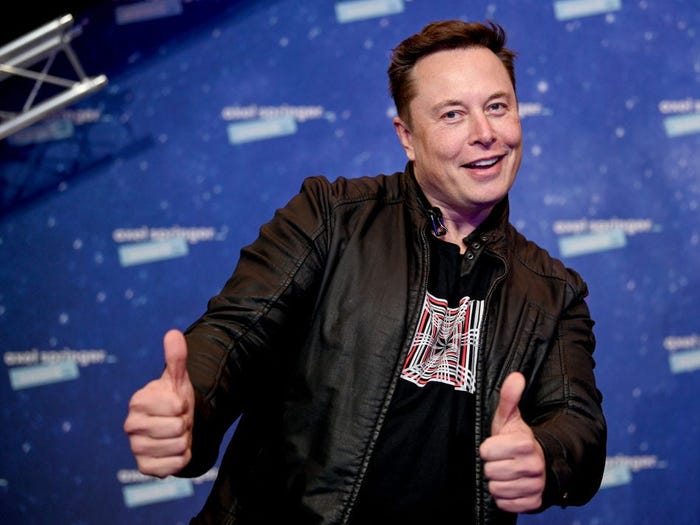 Elon Musk is a DECEIVER and your…STUPID if you support him. He’s for the deadly jabs, a universal basic income for all and MUCH MORE!!!