Ron Paul Claims Coronavirus Could Be ‘A Big Hoax,’ Excuse To Take Rights Away

Former Republican congressman and presidential candidate Ron Paul claimed that Coronavirus may be a “big hoax” and wondered why Democrats are so suddenly quick to give President Donald Trump new powers.

“It is ironic to see the same Democrats who tried to impeach President Trump last month for abuse of power demanding that the Administration grab more power and authority in the name of fighting a virus that thus far has killed less than 100 Americans,” Paul wrote in a column for his site.

Paul outlined how Trump now claims the power to order quarantines and “even call out the military to cordon off a US city or state.”

“People should ask themselves whether this coronavirus ‘pandemic’ could be a big hoax, with the actual danger of the disease massively exaggerated by those who seek to profit — financially or politically — from the ensuing panic,” he further wrote.

Paul downplayed Coronavirus deaths, saying, that “just over 5,000 worldwide and less than 100 in the United States” have been killed by the virus.

However, the global number is, by many counts, higher than that. CBS News reports Monday that there have been over 6,500 deaths globally, and Johns Hopkins University reports over 7,000 deaths worldwide. 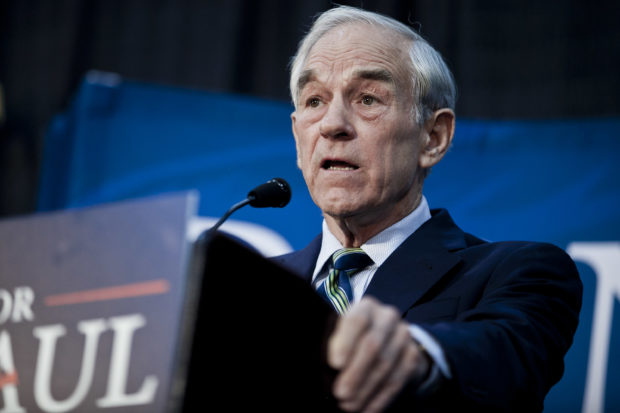 Indeed, panic of Coronavirus in the U.S. seemingly has no end in sight, sowing chaos for American universities and even the Democratic primary and 2020 election.

Paul, once a major figure in the libertarian wing of the GOP, has mostly faded into obscurity since his 2012 presidential run. (RELATED: Ron Paul: Trump’s Probably Going To Win The Nomination)

However, he continues to write and host online shows, and has popped up in the news from time to time for his pointed critiques of American foreign policy.

In January, he panned Trump’s stance toward Iran, saying that he wishes Trump would “flip-flop” on Iran.

“I think our country is not doing so well. Our foreign policy is in shambles,” Paul said.

“Unfortunately, the one place where I wish he would flip-flop every once in a while or change his policy completely is dealing with Iran.”