A former Obama staffer has been erroneously accused by the pro-Trump internet of blowing the whistle on the Ukraine affair. He didn’t. But now he’s getting death threats….

Former Obama White House staffer R. David Edelman woke up Thursday to a bizarre new reality: Many people on the pro-Trump internet were convinced that he was the anonymous whistleblower at the heart of the impeachment proceedings.

And then the death threats started.

“There were people threatening real physical harm, alluding to the fact that I will not live very long,” Edelman said. “That was obviously upsetting for my family.”

Edelman, who is not the whistleblower, first became aware of his starring role in the new hoax in an email from a friend, who found a picture of Edelman on Twitter and thought it was funny. But Edelman soon realized his strange new problem was much bigger than that, after searching his name and “Obama whistleblower photo” on Twitter.

FAKE NEWS: THE ‘NERD’ CIRCLED BELOW IS THE WHISTLEBLOWER.

TRUE (JUST NOT NEWS): THE ‘NERD’ CIRCLED BELOW IS…THIS NERD. ME. 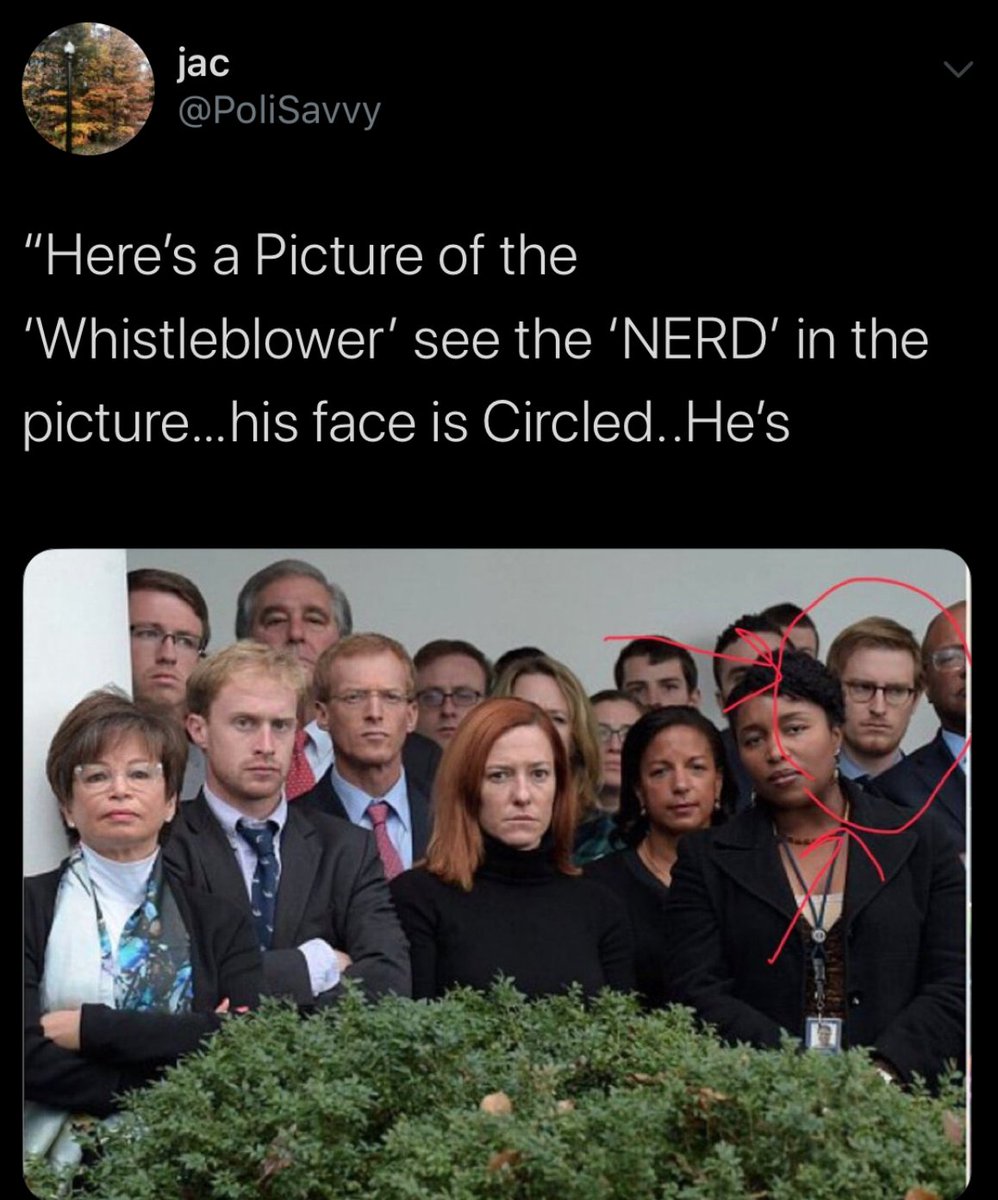 “It had my face circled, and it said something to the effect of, ‘Here is your alleged Ukraine whistleblower,’” Edelman said.