US Secretary of State Mike Pompeo has arrived in Greece for a two-day visit to underline support for the NATO ally, reinforce cooperation, and sign an amendment to a mutual defence cooperation agreement.

Despite US-Greece relations being traditionally close, several hundred demonstrators poured onto the streets of Athens and Thessaloniki to protest against the visit of the US secretary of state. 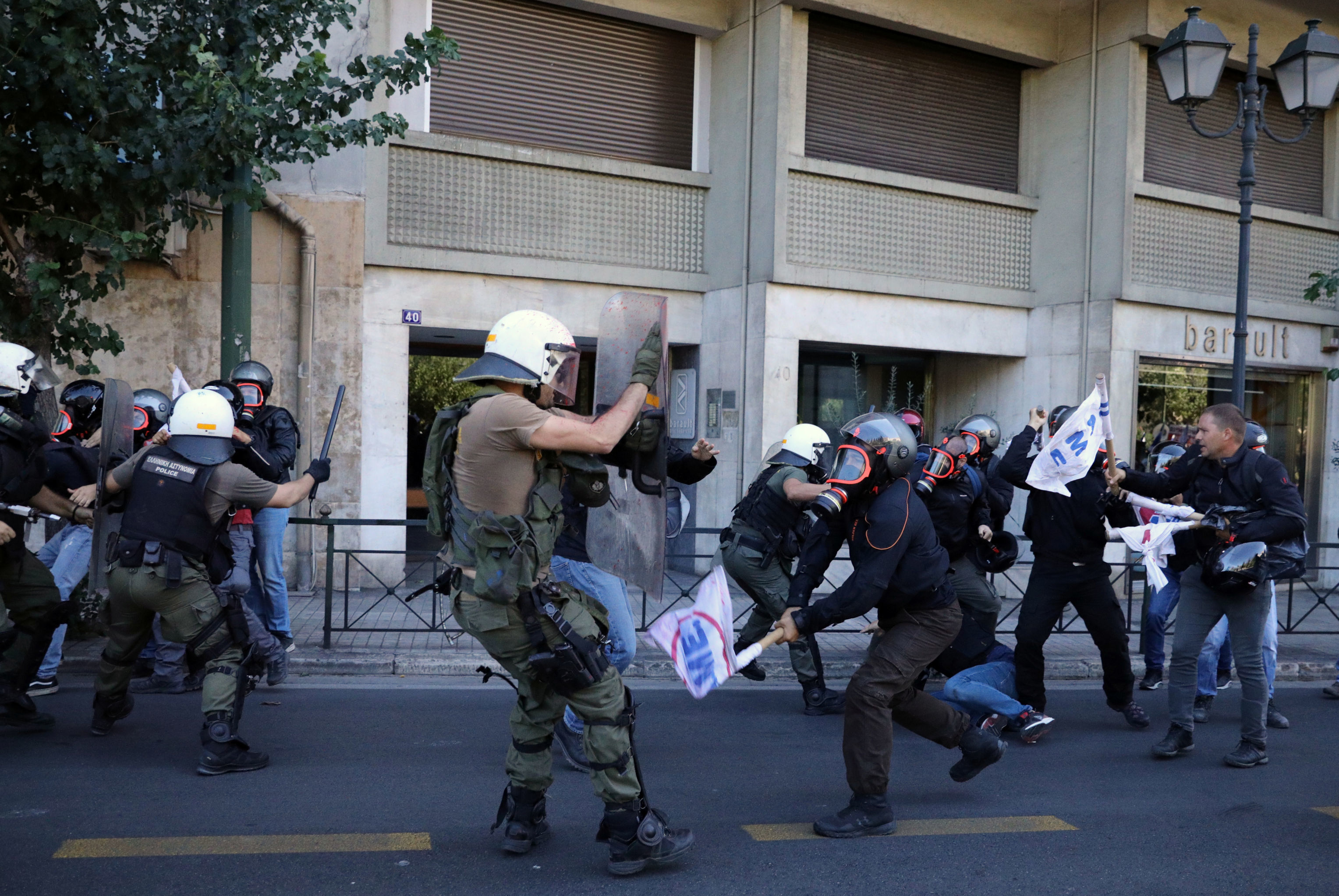 © REUTERS / ALKIS KONSTANTINIDIS
Protesters clash with riot police during a demonstration against the visit of US Secretary of State Mike Pompeo, in Athens, Greece October 5, 2019.

One of the groups of protesters rallied outside the American Embassy, ​​where they burned an American flag.

Another protest is being held in Thessaloniki, where people are expected to pass through Egnatia and Hagia Sophia Street to Tsimiski Street and stop at the US Consulate, before arriving at Venizelos Statue.

Amid the protests, the authorities have decided to to take emergency measures and have deployed some 1,000 police officers on the streets.