By Gordon Duff, Senior Editor
July 3, 2019
RT: Some 47 police officers were injured and 60 people arrested after a spate of protests across Israel over the shooting dead of 18-year-old Ethiopian-descendant Solomon Teka.

Protesters erected burning barricades and clashed with police in the northern city of Haifa on Monday and Tuesday following Teka’s death in Kiryat Haim late on Sunday.

The officer involved in Sunday’s shooting says he feared for his life as a group of youths, allegedly including Teka, pelted him with stones after he tried to intervene in a fight. The cop has been placed under house arrest and an investigation into the shooting is underway.

Extremely violent protests across #Israel by the #Ethiopian community following the death of a teenager by an off-duty police officer in #Haifa on Sunday. 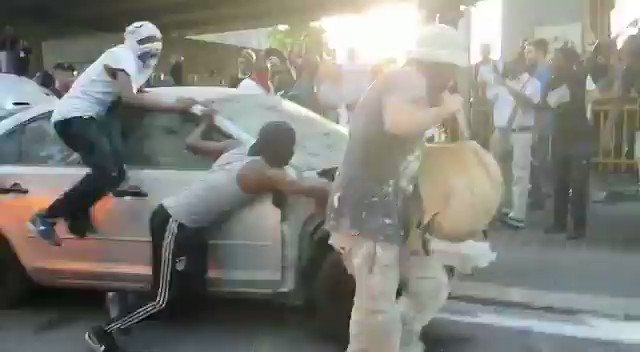 “IT’S NOT ‘KILLING’, IT’S MURDER,” TEKA’S COUSIN, AMIR, SAID IN A RADIO INTERVIEW ON TUESDAY, AS CITED BY AL JAZEERA. “IT CANNOT BE THAT A PERSON IS NEXT TO HIS HOME AND GETS MURDERED AND THEY SAY ‘KILLED.’ WHAT WAS IT? A WORK ACCIDENT? WAS HE HIT BY A CAR?”

ISRAELI PRIME MINISTER BENJAMIN NETANYAHU PUBLISHED A VIDEO RESPONSE TO THE VIOLENT CLASHES LATE ON TUESDAY, SAYING THAT “EVERYONE WAS MOURNING THE TRAGIC DEATH OF SOLOMON TEKA,” WHILE BESEECHING THE CROWDS NOT TO ESCALATE FURTHER. “I ASK YOU, LET’S SOLVE THE PROBLEMS TOGETHER WHILE ADHERING TO THE LAW.

THE ETHIOPIAN JEWISH COMMUNITY NUMBERS AROUND 140,000, INCLUDING MORE THAN 50,000 EXPATS. THEY HAVE COMPLAINED OF SYSTEMIC HARASSMENT AND RACISM SINCE FORMING IN ISRAEL IN THE 1980S AND 1990S AFTER AN IN AN INFLUX OF JEWS FROM ELSEWHERE IN THE WORLD. BREAKING NEWS: Defense secretary says U.S. troops are NOT withdrawing from Iraq despite general’s letter to the contrary after country’s parliament voted for anti-ISIS troops to leave in wake of Qassem Soleimani’s death