GreekNewsOnDemand.com comments: Watch first this documentary which clearly demonstrates and PROVES Israel’s role in 9/11! Even Fox News did extensive reporting on this months after 9/11….

By RORY TINGLE FOR MAILONLINE

Sussex University is investigating a professor after he claimed Israel were behind the September 11 attacks ‘with help from Zionists in the US government’.

Professor Kees van der Pijl, the former head of its international relations department, used as his source an article entitled ‘9-11/Israel did it’ by conspiracy theory site Wiki Spooks, which also claims Al-Qaeda is a front for Mossad, the Israeli spy service.

The retired academic, who was responding to an article criticising US sanctions on Iran, was immediately inundated with a storm of mocking tweets, including one that joked, ‘Yes, and Bruce Lee was the first man on the moon, damn media!’

Sussex University said it is aware of the post and has not yet decided whether to take further action.

Van der Pijl tweet was posted on November 3 and read: ‘Not Saudis, Israelis blew up Twin Towers with help from Zionists in US gov.’

‘Revol’ wrote mockingly: ‘The US blew up the Twin Towers. Get it right!’

Other people posted GIFs of a man with his head in his hands and another showing a man in a tin hat – a common trope representing someone who believes in baseless conspiracy theories.

The same Wiki Spooks article was shared by Church of England vicar Reverend Dr Stephen Sizer in 2015. He subsequently apologised for his ‘insensitive and misguided comments’, which coincided with Holocaust Memorial Day.

Van der Pijl now lives in Amsterdam and was named emeritus in 2012, an honorary title given to retired academics that allows them to keep calling themselves ‘professor’.

Responding to criticism his post was anti-Semitic, Van der Pijl responded: ‘If criticism of the hard line Likud and the Mossad, for which by now millions have died and several countries wrecked, is “virulently anti-Semitic”, then I am guilty.’ 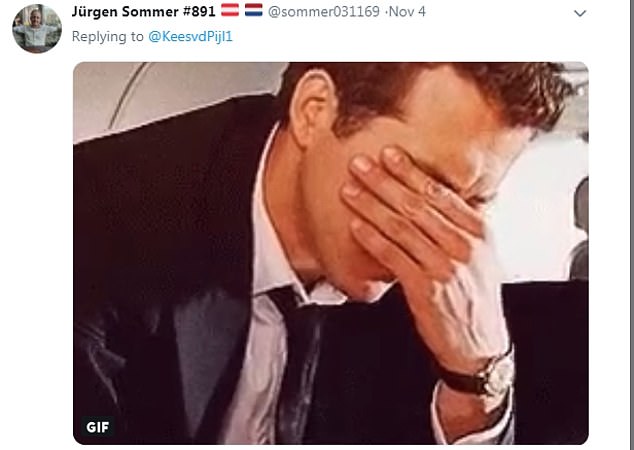 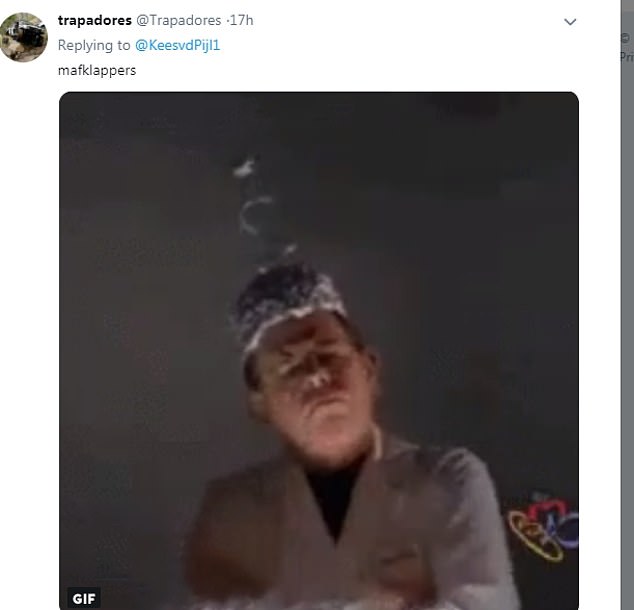 A string of other tweets mocking Van der Pijl for his bizarre post. Sussex University said: ‘We are looking into this’