CNN host Don Lemon, right, went on an on-air rant in which he declared “white men” are the biggest terror threat to the United States. (Fox News)

CNN host: ‘The biggest terror threat in this country is white men’

CNN host Don Lemon is under fire after a disturbing, on-air rant in which he declared that “white men” are the biggest terror threat to the United States, noted that “there is no white-guy ban” and wondered aloud, “what do we do about that?”

“Cuomo Prime Time” namesake Chris Cuomo and Lemon were discussing the recent shooting of two black men in Kentucky that is being investigated as a hate crime when his Monday guest and colleague took the conversation off the rails.

“I keep trying to point out to people not to demonize any one group or any one ethnicity, but we keep thinking that the biggest terror threat is something else,” Lemon said. “Some people who are marching towards the border like it’s eminent. And the last time they did this, a couple of hundred people came and they, you know, most of them didn’t get into the country. Most of them got tuckered out before they even made it to the border,” Lemon told his CNN colleague. “So we have to stop demonizing people and realize the biggest terror threat in this country is white men, most of them radicalized to the right, and we have to start doing something about them.”

Lemon then pondered solutions as Cuomo– a privileged white male whose father was a Democratic Governor of New York — looked on.

“There is no travel ban on them,” Lemon said. “There is no ban on… you know, they had the Muslim ban. There is no ‘white guy ban.’ So what do we do about that?”

Cuomo responded by telling Lemon he was “making the right point.”

Although the bizarre diatribe was quickly denounced by critics, CNN did not immediately respond to a request for comment.

Fox News contributor Deroy Murdock said the racism coming from the left and mainstream media has become “breathtaking,” pointing to Lemon’s comment as the latest example.

“Lemon’s latest spurt of acid is a most unusual plea for national unity. ‘We have to stop demonizing people,’ and then, just two words later, a blast of divisiveness worthy of a machete,” Murdock said. “Painting with a roller rather than a mere broad brush, Lemon slams millions of his fellow Americans. He does not say they are wrong, mistaken, or misinformed. Rather, that are a ‘terror threat.’”

Murdock continued: Even worse, Lemon advises, ‘We have to start doing something about them.’ I shudder at the thought of what Lemon has in mind.”

CNN and Lemon had already been widely condemned for different rhetoric on Monday’s episode of “CNN Tonight.” Lemon injected race into a discussion of topics including the anti-Semitic, Trump-hating gunman who killed 11 worshipers in a Pittsburgh synagogue last week and the Trump supporter suspected of sending mail bombs to Democrats.

“The right-wing group killed a woman in Charlottesville. This guy is a right-winger who killed the people in the synagogue. The right-winger sent bombs to CNN and to Democrats. I don’t see Democrats killing people,” Lemon said also said on Monday.

Rep. Steve Scalise, R-La., who survived a 2017 assassination attempt by a Bernie Sanders supporter while practicing for a baseball game with fellow GOP lawmakers – made it clear on Twitter that he heard the comment and responded with a simple emoji of eyes watching and his spokesperson offered a statement condemning the remark.

“Steve Scalise was nearly assassinated by a leftist who came to a baseball field with the specific intention of murdering several Republican members of Congress. While that reality may be inconvenient for the narrative Don Lemon is trying to push, the fact remains that Democrats do in fact have an issue with political violence that cannot be ignored or swept under the rug,” Lauren Fine, a spokeswoman for Scalise, told Fox News.

Saavedra’s tweet resulted in thousands of comments slamming Lemon as everything from “racist” to Unbelievable.”

Fox News Senior Political Analyst Brit Hume responded, “I could hardly believe he actually said that, but the video shows he certainly did. Remarkable.” Donald Trump Jr. tweeted the video captioned, ‘Imagine the outrage if you changed ‘white men’ with any other demographic?”

Monday was labeled as a “new low” for CNN by conservative strategist Chris Barron and that was before Saavedra unearthed Lemon’s comment. The same day, anchor Jake Tapper didn’t push back when far-left GQ Magazine columnist Julia Ioffe declared that Trump “has radicalized so many more people than ISIS.”

Ioffe eventually apologized and was allowed to go back on CNN later in the evening, where she made another batch of controversial remarks.During a conversation about anti-Semitism and racism on “CNN Tonight,” Ioffe declared that Trump supporters condone heated rhetoric turning into hate.

“You can’t overestimate the power of the bully pulpit of a president. The things he says, and the things he doesn’t say and the ways in which he says them. The way in which he condemns racist, when you can see it’s so half-hearted. It’s like a kid being forced to do something,” Ioffe said. “It’s not just the freaks… it’s also, kind of, the silent majority of Trump supporters that think this is OK, that continue to support this president despite what he said.”

Ioffe then essentially said Trump supporters overlook hateful rhetoric in exchange for tax cuts as Lemon told her she “hit the nail on the head.”

“The American Left, of which ‘objective journalist’ Lemon clearly is a leader, is good at only one thing — psychological projection. Rather than contend with their own flaws, they accuse others of bearing them. Lemon and his ilk accuse President Trump of being racist and divisive, which serves as incredibly thin cover for their own racist, divisive rhetoric. The only good news here is that the American people increasingly see past the Left’s psychological self-delusion and recognize these people as what they are… increasingly violent bigots,” Murdock said. Opinion: Commentary: The Glory That Was Greece

BOMBSHELL: the Orlando “shooting” was, indeed, a … HOAX!!! 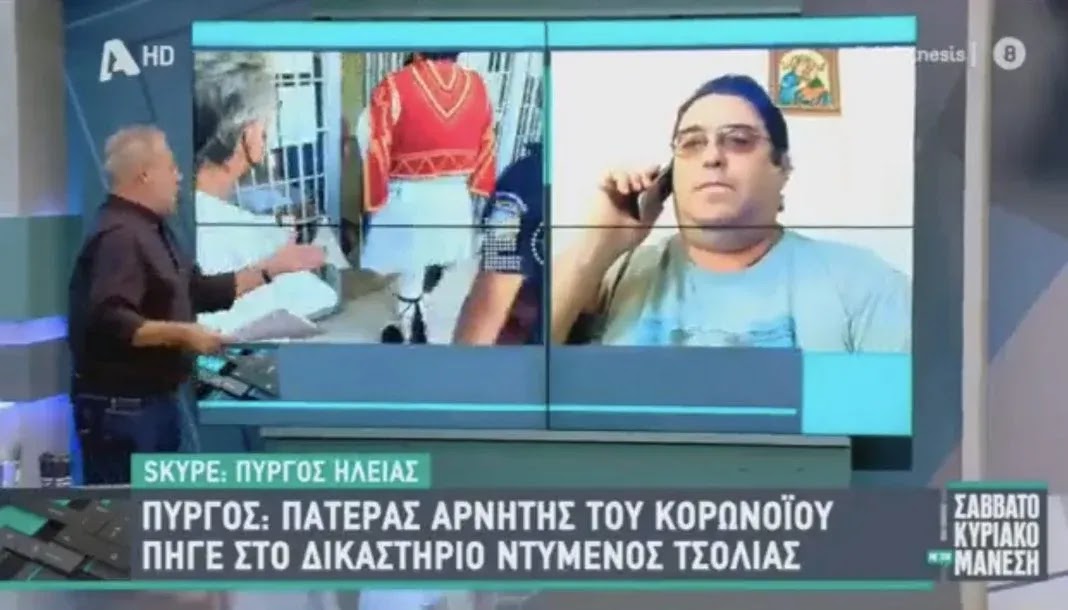