Saudi Arabia is purchasing precision arms worth $7 billion from US manufacturers Raytheon and Boeing.

The deal is part of the giant $110-billion weapons agreement between Washington and Riyadh that coincided with US President Donald Trump’s visit to Saudi Arabia in May.

Press TV reports: The US State Department has yet to formally notify the US Congress of the contract, which is expected to draw fire from a growing number of lawmakers who think such deals make the US an accomplice in Saudi Arabia’s war against its impoverished southern neighbor.

The unprovoked war, which began in March 2015, has so far killed over 12,000 Yemenis while destroying the country’s infrastructure, according to the United Nations.

The Saudi-led coalition began the brutal aggression in an attempt to crush the Houthi Ansarullah movement and reinstate former President Abd Rabbuh Mansur Hadi, who is a staunch ally of the Riyadh regime.

On the ground, however, the outcome has been very different.

The incessant aerial campaign has seen hundreds of schools and medical centers getting destroyed. Saudi-led aircraft have even targeted fuel depots and power plants, according to Yemen’s Human Rights Center.

The UN has blamed the airstrikes and a strict blockade on Yemen’s only functioning ports and airports as the main reason for deadly outbreak of Cholera in the conflict-ridden country. Some 2,100 people have died of cholera since April and an average of around 2,600 new cases is reported per day.

There are also reports of a diphtheria outbreak in Yemen’s southern parts.

UK-based charity Save the Children warned in November that an estimated 130 or more Yemeni children were losing their lives everyday due to the “extreme hunger and disease” resulting from the Saudi-led war.

Stuck in what seems to be a deepening quagmire, the Riyadh regime’s outreach for precision-guided munitions is a desperate attempt at convincing observers that civilians were not the target of what many experts believe is a pointless war.

The agreement is likely to be held up in Congress, where Bob Corker, the Republican senator who chairs of the Senate Foreign Relations Committee, has promised to block arms sales to Saudi Arabia, the United Arab Emirates and other members of the (Persian) Gulf Cooperation Council.

This wouldn’t be the first time that Washington blocks arms sales to Saudis due to the kingdom’s human rights record. In November 2016, the administration of then President Barack Obama halted a $1.29-billion precision guided weapons deal because of concerns about civilian casualties in Yemen.

Writer at News Punch
We got this from: YourNewsWire.com
ShareTweetPin ItShare FLAT EARTH PILOT from the Cockpit PROVES the Earth is FLAT! 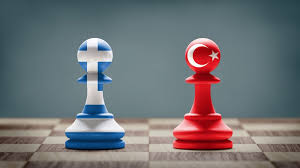