A senior Russian official has accused the United States Federal Bureau of Investigation of trying to blackmail a Russian diplomat who was attempting to purchase anti-cancer drugs in an American pharmacy. The allegation was made Sunday on live Russian television by Maria Zakharova, spokeswoman for Russia’s Ministry of Foreign Affairs. She was being interviewed on Sunday Night with Vladimir Solovey, a popular politics roundtable show on Russia’s state-owned Rossiya 1 television channel. Zakharova told Solovey that, a few years ago, the Russian government authorized one of its diplomats in the United States to purchase several thousand dollars’ worth of anti-cancer drugs. The drugs were to be used by Yevgeny Primakov, Russia’s prime minister in the late 1990s, who was battling liver cancer.

According to Zakharova, the Russian diplomat was supplied with funds through an official money transfer from Moscow. Meanwhile, Primakov’s “health certificates and medical prescriptions” were supplied to a pharmacy in Washington, DC, where the Russian diplomat purchased the medicine. However, shortly after the Russia diplomat completed his purchase, he was accosted by American intelligence officers —presumably from the Federal Bureau of Investigation— who demanded to speak with him. The diplomat was then allegedly taken to the basement of the pharmacy, where, according to Zakharova, there was no cellular reception. The Russian diplomat was thus unable to contact his superiors at the Russian embassy. Zakharova claims that the two American officers kept the diplomat in the basement “for an hour” and attempted to turn him into a double agent, by accusing him of “illicit drug trafficking” and threatening to expel him from the country.

Zakharova said the Russian diplomat refused to cooperate and was allowed to return to the Russian embassy. However, the drugs were confiscated and the money paid by the diplomat to the pharmacy has not been “returned to this day”, she said. Eventually, according to Zakharova, the diplomat was deported from the United States, despite the intervention of Secretary of State John Kerry, who stepped in to try to resolve the episode. Primakov died in 2015 of liver cancer. The United States government and the Russian embassy in Washington, DC, did not comment on Zakharova’s allegations. 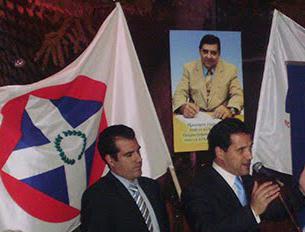